By asking a group of older adults to analyze videos of other people conversing -- some talking truthfully, some insincerely -- a group of scientists at the University of California, San Francisco has determined which areas of the brain govern a person's ability to detect sarcasm and lies. 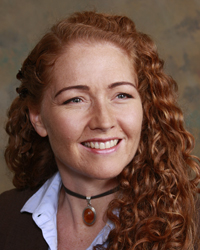 Some of the adults in the group were healthy, but many of the test subjects had neurodegenerative diseases that cause certain parts of the brain to deteriorate. The UCSF team mapped their brains using magnetic resonance imaging, MRI, which showed associations between the deteriorations of particular parts of the brain and the inability to detect insincere speech.

"These patients cannot detect lies," said UCSF neuropsychologist Katherine Rankin, PhD, a member of the UCSF Memory and Aging Center and the senior author of the study. "This fact can help them be diagnosed earlier."

The finding was presented today, Thursday, April 14, 2011, at the 63rd Annual Meeting of the American Academy of Neurology in Hawaii, by Rankin and her postdoctoral fellow Tal Shany-Ur, PhD. The title of their presentation was, "Divergent Neuroanatomic Correlates of Sarcasm and Lie Comprehension in Neurodegenerative Disease."

In a presentation today at the 63rd Annual Meeting of the American Academy of Neurology in Hawaii, Rankin and her postdoctoral fellow Tal Shany-Ur, PhD, will show the data, which suggests that it may be possible to spot people with particular neurodegenerative diseases early just by looking for the telltale sign of their inability to detect lies.

“We have to find these people early,” said Rankin. In general scientists believe that catching people early in the disease will provide the best opportunity for intervention when drugs become available.

The study is part of a larger body of work at UCSF’s Memory and Aging Center examining emotion and social behavior in neurodegenerative diseases as tools for better predicting, preventing, and diagnosing these conditions.

The ability to detect lies resides in the brain's frontal lobe. In diseases like frontotemporal dementia, this is one of the areas that progressively degenerates because of the accumulation of damaged proteins known as tau and the death of neurons in those areas.

Because the frontal lobes play a significant role in complex, higher-order human behaviors, losing the ability to detect lies is only one of several ways the disease may manifest. The first signs of the disease may be any number of severe behavioral changes. People sometimes behave in socially inappropriate ways or undergoing fundamental shifts in outlook -- switching political affiliations or changing religions, for instance.

Ironically, these signs are often missed because they are misattributed to depression or an extreme form of midlife crisis.

Hoping to increase the tools available for doctors and caregivers to recognize the early signs of the disease, the UCSF team focused on the fact that people with frontotemporal dementia often lose the ability to detect sarcasm and lies. Doctors have observed evidence of this fact for years because people suffering from the disease sometimes lose significant amounts of money to online scams and telemarketers because of their blind trust.

People who age normally without suffering neurodegeneration, on the other hand, generally do not suffer a significant decline in their ability to understand sarcasm and deception.

But the question was how solid this association is. Would the inability to detect sarcasm and lies actually match the brain regions hit early in these diseases?

In order to answer this question, the UCSF team worked with 175 people, more than half of whom had some form of neurodegeneration. They showed them videos of two people talking, one of whom would occasionally tell lies or use sarcasm -- a fact that was apparent in the videos from verbal and non-verbal cues. Then the test subjects were asked yes/no questions about videos.

Healthy older subjects in the study could easily distinguish sincere from insincere speech.  However, the subjects who had frontotemporal dementia were less able to discern among lies, sarcasm, and fact. Patients with other forms of dementia, such as Alzheimer’s disease, did better.

To associate the detection inability with neurodegeneration, the UCSF team used MRI to make extremely accurate maps of the brains of the subjects in the study. This allowed them to measure the volumes of different regions of the brain showing that the sizes of those regions correlated with the inability to detect sarcasm or lying.

According to Rankin, the work should help raise awareness of the fact that this extreme form of gullibility can actually be a warning sign of dementia -- something that could help more patients be correctly diagnosed and receive treatment earlier in the long run.

"If somebody has strange behavior and they stop understanding things like sarcasm and lies, they should see a specialist who can make sure this is not the start of one of these diseases," said Rankin.

Other co-authors of the study arePardis Poorzand and Scott Grossman and Stephen M. Wilson and Bruce L. Miller, of the UCSF Memory and Aging Center.