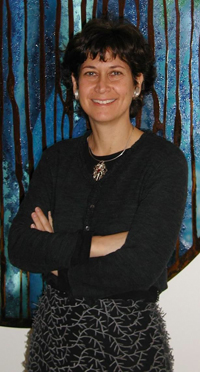 “The doses are low – extremely low,” said Rebecca Smith-Bindman, MD, a professor of radiology at UCSF, who made the calculations with Pratik Mehta, an undergraduate at UC-Berkeley. “The amount of radiation in these scans is so low that you don’t have to be concerned about it.”

The amount of radiation absorbed in a single scan, they say, is about the same as what the average person absorbs every three to nine minutes on the ground – just from being alive. (The human body naturally absorbs radiation all the time from such sources as the sun and the earth). In their analysis, Smith-Bindman and Mehta also determined that the average person would absorb 100 times more radiation flying on an airplane than standing in a scanner.

At the same time, Smith-Bindman cautions that the analysis is based on the assumption that the backscatter devices work perfectly and are used as designed.

How certain can Americans be that there are not as-yet-unknown safety risks? For instance, is there potential for software glitches, human errors or mechanical malfunctions that could cause the scanners to exceed their design specifications and expose people to higher levels of radiation?

Questions like these are valid, said Smith-Bindman. She concludes that it would be prudent for the U.S. Transportation Security Administration (TSA) to allow further testing and monitoring of the devices in the field. Currently the TSA does not permit scientists to have access to the scanners to do independent testing.

“Given how many people are being exposed to these machines,” she said, “I would just want to make sure no possible unanticipated error could happen.”

The analysis appears in a special article published online on Monday, March 28, 2011 in the journal Archives of Internal Medicine.

Scanners to Double in Number this Year

Ever since a failed bombing attempt in December of 2009, when a passenger on a Detroit-bound flight successfully boarded a plane with explosives hidden in his underwear, “backscatter” radiation scanners have been deployed more and more in airports across the country.

About 500 of these scanners have appeared in 78 U.S. airports so far, and the federal government ultimately has plans to double the number of them by the end of this year, said Smith-Bindman. Backscatter scanners are different from millimeter wave scanners, also used in airport security, which image the body using a different type of energy than ionizing radiation.

Because backscatter scanners use low energy X-rays to penetrate clothing, image the human body and reveal hidden articles underneath, they have drawn public scrutiny about privacy concerns and potential health risks.

X-ray radiation can damage DNA, causing a cancer risk with exposure to X-rays from any source. Taking the available published specifications for the backscatter instruments, however, Smith-Bindman and Mehta determined that the amount of radiation absorbed from routine scanning is relatively low and the added risk of developing cancers is likewise low.

About 100 million passengers take 750 million flights in the United States each year, and Smith-Bindman and Mehta calculated that fully implementing backscatter scanners would not significantly increase the lifetime risk of cancer for travelers.

They also looked at the U.S. population that may be at greatest risk: children. Because children are expected to live longer than adults, their lifetime risk of cancer would be higher.

Smith-Bindman and Mehta focused on a subset of children, considering five-year-old girls who fly round trip once a week. Even within this frequent flying group, they estimated that backscatter scanners would not significantly increase their lifetime risk of cancer.