Scientists at the UCSF Cardiovascular Research Institute have discovered how a change in growth hormone activity in mice leads to fatty liver disease, a condition whose human counterpart is of rising concern worldwide.

Disruption of a key protein in the pathway that responds to growth hormone could explain how fatty liver disease develops, the researchers said, but may also offer insights into how our bodies regulate fat in general.

The team’s findings and the first reports of a mouse model to study the pathway will appear in the April issue of the Journal of Clinical Investigation and online March 1 at http://www.jci.org/articles/view/42894. 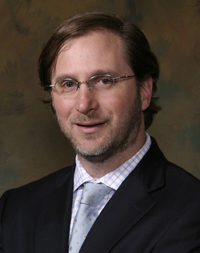 Until recently, the growth of fat deposits in the liver that characterizes fatty-liver disease was mainly considered a result of alcoholism. Over the last decade, though, scientists have been baffled by the rising incidence of the non-alcoholic version of the disease, which now affects as many as one in four people worldwide, according to UCSF cardiologist Ethan Weiss, MD, senior author of the paper.

Known risk factors for the condition include obesity, diabetes and malnutrition, among many others, but its precise mechanism had eluded researchers.

“Fatty liver disease is an increasingly prevalent condition that is poorly understood,” Weiss said. “We knew that growth hormone had been linked to fatty liver, but previous reports showed that it both causes and cures the condition. We set out to figure out why that happens.”

The team focused on a protein in the liver known as JAK2. While better known as being linked to cancers such as blood cancers, this protein is also a key player in an important chemical pathway in the liver.

Normally, the pituitary gland secretes growth hormone, which communicates with JAK2 and sets off a series of steps to produce insulin-like growth factor 1 (IGF-1), an important mediator of growth and other effects. It was common knowledge that disrupting this pathway would halt IGF-1 production, but in their analysis, Weiss and his team found that disrupting the pathway also caused fatty liver disease.

The team engineered a mouse model in which the gene producing JAK2 had been removed solely in the liver, disrupting the pathway that produces the insulin-like growth factor. As expected, the levels of growth factor in these mice were low or nonexistent and the mice developed early and severe fatty-liver disease. Further analysis showed that another protein, called CD36, was working in the liver to draw in the fat in the JAK2-deficient mice.

That explained the low growth factor levels, but not the fatty livers. The team then took advantage of a second set of mice with no capability of producing growth hormone, which is known to activate energy from fat stores. When crossing the JAK2-deficient mice with the growth hormone-deficient “little” mice, the researchers noticed a huge difference in the offspring.

“We saw a complete disappearance of the fatty liver in these offspring,” he said. “It was just gone.”

The team concluded that the growth hormone signaling pathway is not only essential in producing IGF-1 and mobilizing fat, but in regulating how fat is taken up by the liver.

This newfound understanding has huge implications for understanding and treating fatty liver disease in humans, Weiss said, such as the possibility of developing a therapeutic drug that works within this pathway.

This research was funded in part by grants from the UCSF Liver Center and the National Institutes of Health (NIH). The authors declare no conflicts of interest.