UCSF received more research funds from the National Institutes of Health (NIH) than any other public institution in 2010, and ranked third among all institutions nationwide, according to new figures released by the NIH. The funding helps UCSF continue to strive for excellence amid state budget cutbacks.

In all, UCSF was awarded $475.4 million for research and training grants, fellowships and other awards in 2010, plus an additional $30.4 million in NIH funding through the American Recovery and Reinvestment Act last year. In 2009, UCSF ranked second in the nation, at $463 million. 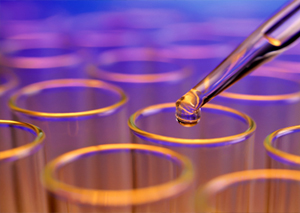 The federal funding plays a key role in supporting UCSF’s biomedical enterprise, including research into the genetic, molecular and cellular basis of diseases, epidemiological and clinical-research studies, and efforts to develop innovative treatments and cures. That research has led to four UCSF faculty members receiving the Nobel Prize in Physiology or Medicine, as well as significant contributions to advances in biomedical sciences.

“Federal funding drives biomedical sciences at UCSF and allows for important discoveries that have an impact not only on the health of our nation, but humanity worldwide,” said UCSF Chancellor Susan Desmond-Hellmann, MD, MPH. “This broad-based support of UCSF research, in the context of increasingly competitive funds, is testament to the caliber of scientific discovery taking place in each of our schools.”

UCSF has consistently ranked among the nation’s top institutions in NIH funding for more than a decade, as have each of its schools. In 2010, the UCSF School of Pharmacy received $22.6 million in NIH funding, the most of any pharmacy school for the 31st consecutive year. The UCSF schools of dentistry and nursing also ranked first, receiving $19.5 million and $9.9 million, respectively, while the School of Medicine ranked second with $422.1 million.

Federal funding also buoys the local and regional economy, Desmond-Hellmann said, as the scientists purchase materials and instruments and employ technical laboratory staff. Other economic engines include patents and scientific advances generated by NIH-funded research and the related industries, such as biotechnology, that it fuels.

According to NIH data (http://report.nih.gov/award/trends/findorg.cfm), the top five recipients of its FY 2010 research funding were as follows (not including research contracts or ARRA grants):

The University of California, San Francisco is among the world’s leading biomedical institutions, dedicated to excellence in graduate-level biomedical education, research and patient care. One of 10 UC campuses, UCSF was founded in 1864 and is the only campus solely focused on biomedical sciences. Its professional schools – Medicine, Nursing, Pharmacy and Dentistry – consistently rank among the top four nationwide in their fields, while its Graduate Division is renowned for training leaders in scientific research. UCSF is the top public recipient of research funding from the National Institutes of Health, with $505.8 million awarded in 2010. The UCSF Medical Center is recognized among the nation’s top 10 hospitals by U.S. News & World Report and contributes roughly half of the campus’ $3.5 billion revenue each year. Visit www.ucsf.edu.