The vaccine for human papillomavirus (HPV) can prevent 90 percent of genital warts in men when offered before exposure to the four HPV strains covered by the vaccine, according to a new multi-center study led by H. Lee Moffitt Cancer Center and UCSF.
The four-year, international clinical trial, which also found a nearly 66 percent effectiveness in the general population of young men regardless of prior exposure to these strains, provides the first reported results of using the HPV vaccine as a prophylactic in men. 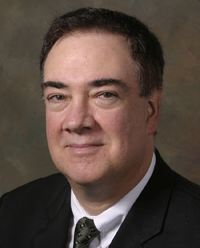 Joel Palefsky, MD
Initial data from this study informed the Food and Drug Administration’s decision to approve the vaccine for boys in 2009 to prevent warts, while results from a substudy led the FDA to expand approval late last year to prevent anal cancer. Findings can be found in the Feb. 3 issue of the New England Journal of Medicine, or online at www.nejm.org.
While the HPV vaccine was approved in 2006 for girls to prevent cervical cancer, the vaccine’s benefit for young men was not initially addressed. Yet infection and diseases caused by HPV are common in men, the researchers said, including genital warts, which are one of the leading sexually transmitted diseases (STD) for which treatment is sought nationwide. The Centers for Disease Control and Prevention estimate that half of all sexually active Americans will get HPV at some point in their lives.
“This is an exciting development in the STD world,” said Joel Palefsky, MD, a UCSF professor of medicine who co-led the research along with epidemiologist Anna R. Giuliano, PhD, from the H. Lee Moffitt Cancer Center and Research Institute, in Tampa, FL. “It shows that if we vaccinate males early enough, we should be able to prevent most cases of external genital warts in this population.”
While warts are often considered an annoyance, rather than a life-threatening disease such as cervical cancer, Palefsky noted that warts are a common problem in young people and are often associated with depression, social stigma and loss of self-esteem. Complications of wart treatments are also quite common, he said.
The double-blind study included 4,065 healthy men aged 16-26 years, spanning 71 sites in 18 countries. Of those patients, 85 percent reported having exclusively female sexual partners, with the remainder self-identified as having sex with men.
The men were tested at the onset of the trial for previous exposure to each strain and were randomly selected to receive either a placebo or a vaccine that targeted HPV strains 6, 11, 16 and 18. Men with a history of anal or genital warts or lesions were excluded. Participants then received six follow-up examinations over the following three years to assess the vaccine’s effectiveness.
In addition to preventing warts, the vaccine also effectively prevented HPV-persistent infection in 86 percent of the participants without previous exposure.
“This is the first study to show that this vaccine works in boys,” Giuliano said. “As long as we have a poor record of vaccinations in girls, boys should also be vaccinated.”
Vaccinating boys also should help prevent HPV transmission to women, as well as transmission from men to men, she said, and help reduce the incidence of the virus throughout the general population. This could be particularly significant, Palefsky added, since only 30 to 40 percent of teenage girls in the U.S. have received even one of the three recommended doses of the vaccine.
The authors noted that while they find it likely that the prevention of HPV infection and disease in men will have additional benefits, such as preventing anal, genital and throat cancers, these benefits need to be directly demonstrated through further clinical trials.
The international trial included physicians and patients in four U.S. medical centers, as well as in Australia, Brazil, Canada, Germany, Mexico, Norway, Peru and Taiwan.
The project was supported by grants from both public and private sources. The trial was designed by the sponsor, Merck & Co, Inc., in collaboration with external investigators and an external data and safety monitoring board. A full list of authors and disclosures of honoraria and industry-supported research grants can be found in the full text of the article at www.nejm.org.
UCSF is a leading university dedicated to promoting health worldwide through advanced biomedical research, graduate-level education in the life sciences and health professions, and excellence in patient care. For more information, visit www.ucsf.edu.