UCSF researchers have identified an existing medication that restores key elements of the immune system that, when out of balance, lead to a steady decline in immunity and health as people age.

The team found that extremely low doses of the drug lenalidomide can stimulate the body’s immune-cell protein factories, which decrease production during aging, and rebalance the levels of several key cytokines – immune proteins that either attack viruses and bacteria or cause inflammation that leads to an overall decline in health.

The initial study, which was designed to define the dose range of such a therapy in a group of 13 patients, could lead to a daily pill to boost immunity in the elderly, the researchers said. Data will appear in the January issue of the journal Clinical Immunology, and can be found online at www.elsevier.com/locate/yclim.

The identification of a drug to reverse the immunological decline in aging, known as immunosenescence, is the culmination of years of research by Edward J. Goetzl, MD, at UCSF and the National Institute on Aging, into how cytokine levels change as people age, how that varies by gender, and which changes dictate whether someone will be healthy into their 90s or begin a downward cycle of decline starting in middle age. 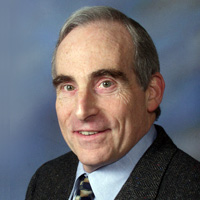 “No one’s really talking about longevity and lifespan now, but about ‘health span,’” said Goetzl, director of UCSF Allergy and Immunology Research, which focuses on developing new diagnostics and treatments for allergic and immunological diseases.

“If, at age 50, your cytokine levels are the same as they were at 25, you’ll probably stay healthy as you age,” he said. “But if they’re heading downhill, we need to do something about it. If you could take a low-dosage pill with no side effects, wouldn’t you do it?”

In 2009, Goetzl had studied a group of 50 elderly adults through the National Institute on Aging, examining their levels of key cytokines – Interleukin (IL)-2, IFN-gamma and IL-17 – and discovered that truly healthy 70-80 year old women had the same levels of those as did healthy 20 year olds.

They then set out to find a drug that could raise IL-2 and IFN-gamma and either have no effect on IL-17 or lower it.

“We now had a profile – in humans – that we could take to test tubes to say, ‘Does this drug have a desirable effect?’” Goetzl said. “Our job was to find a therapy that not only works, but does so at a dose range with no side effects.”

The team focused on three classes of drugs, among them the one that includes lenalidomide – a derivative of thalidomide – which is undergoing a renaissance, Goetzl said.

First introduced in the late 1950s as a sedative, thalidomide was never approved in the United States, but was withdrawn from the world market in 1961 after causing severe birth defects in infants whose mothers took the drug to reduce nausea during pregnancy.

In recent years, however, lenalidomide has been found to be an effective co-therapy for some cancers, particularly multiple myeloma and kidney tumors, as well as leprosy, at doses of 5 mg to 20 mg per day. Those cancers are tied to a drop in IL-2, the main cytokine that Goetzl’s team had linked to declines in aging immune systems.

In this study, the team tested the drug in healthy seniors, each of whom were matched in race, gender and national origin to a healthy young adult participant. They found that extremely low levels of lenalidomide – 0.1 μM – optimally stimulated IL-2 production in the young people (21-40 years) roughly sevenfold, but stimulated IL-2 production in patients over age 65 by 120-fold, restoring them to youthful levels for up to five days. At that dosage, the drug also increased IFN-gamma up to six fold in the elderly patients, without suppressing IL-17 generation.

The researchers also found that lenalidomide had many other beneficial effects on the elderly participants’ T cells, including better migration throughout the body, more efficient patrolling activity and longer survival after defending the body against an infection.

The team plans to begin larger-scale clinical trials in 2011 to test the drug’s effectiveness and hopes for broader availability within a few years.

The research was supported by a grant from the Kenneth Rainin Foundation and by the Intramural Research Program of the National Institute on Aging. The authors declare no conflicts of interest.

The first author on the paper is Mei-Chuan Huang, who, along with Goetzl and co-author Janice B. Schwartz, is from the UCSF departments of Microbiology-Immunology and of Medicine. Co-authors are Nigel Greig, Weiming Luo, David Tweedie, Dan Longo, Luigi Ferrucci and William B. Ershler, all from the National Institute on Aging, of the National Institutes of Health, in Baltimore.