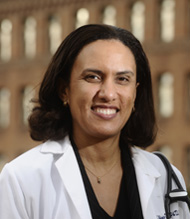 Cutting back on salt in teenagers’ diets by as little as one-half teaspoon, or three grams, a day, could reduce the number of young adults with high blood pressure by 44 to 63 percent, according to new research presented Sunday, Nov. 14 at the American Heart Association’s Scientific Sessions 2010 meeting in Chicago.

The findings indicate that the food industry and those who regulate it could substantially improve the nation’s health through even small reductions in the amount of salt in processed foods, which account for the majority of salt consumed in this country.

“The U.S. diet is already high in salt, and adolescents consume more salt — more than 9 grams (3,800 milligrams of sodium) — than any other age group,” said presenter Kirsten Bibbins-Domingo, PhD, MD, UCSF associate professor of medicine and epidemiology.  The American Heart Association recommends no more than 1,500 milligrams of sodium a day for most Americans.

The research team from UCSF and Columbia University Medical Center examined the potential impact of population-wide reductions in dietary salt on cardiovascular risk in American adolescents. Using data from the National Health and Nutrition Examination Survey 1999-2008 to determine the distribution of systolic blood pressure among adolescents and adults, the team performed an analysis using the Coronary Heart Disease Policy Model. The model, a computer simulation of heart disease among U.S. adults, has helped researchers project potential benefits of public health interventions.

“It’s clear that we need to lower salt intake, but individuals find it hard to make substantial cuts because most salt comes from processed foods, not from the salt shaker,” said Bibbins-Domingo, who co-directs the UCSF Center for Vulnerable Populations at San Francisco General Hospital.  “Reducing the amount of salt that is already added to the food that we eat could mean that teenagers live many more years free of hypertension.”

Although many food companies already have committed to lower salt content in their foods, Bibbins-Domingo said continued efforts could affect health far into the adult lives of American teenagers.

“Fast food and snack foods are major contributors to salt intake among teens, and reducing intake of these food items can have an important health benefit for teens during their teenage years and as they become young and middle age adults,” she said. By lowering dietary salt by three grams per day, the researchers projected the following benefits for healthcare in the United States:

Salt consumption among Americans has risen by 50 percent since the 1970s, according to the American Heart Association, and blood pressure has risen by nearly the same amount—despite extensive evidence linking salt intake to high blood pressure and heart disease.

In addition to its independent benefits on blood pressure, reducing salt intake can enhance the effects of most anti-hypertensive (blood pressure lowering) agents and reduce complications associated with diabetes, obesity and kidney disease, the researchers added.

The study was funded by the American Heart Association.

UCSF is a leading university dedicated to promoting health worldwide through advanced biomedical research, graduate-level education in the life sciences and health professions, and excellence in patient care and patient safety. For further information, visit www.ucsf.edu.

More information about the UCSF Center for Vulnerable Populations is available at www.cvp-sf.com.