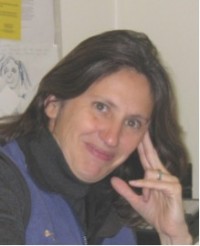 Patients who cannot discuss their diabetes with a doctor in their own language may have poorer health outcomes, even when interpreter services are available, according to a new study by researchers at UCSF and the Kaiser Permanente Division of Research.

The study found that, among Latino diabetes patients with limited English skills, those seen by non-Spanish speaking doctors were nearly twice as likely to have poor control of their blood sugar than those whose doctors spoke Spanish.

Findings will appear in the January 2011 issue of the Journal of General Internal Medicine and are available online at www.SpringerLink.com.

The study, conducted among patients with access to interpreters, is the first to link language barriers with worse diabetes-related health outcomes. It examined only Spanish speakers.

“Diabetes is a complex disease that requires a high level of patient understanding and engagement for successful management,” said Alicia Fernandez, MD, a UCSF professor of medicine and lead author of the study. “These patients may need direct communication with Spanish-speaking physicians to manage their disease appropriately.”

Overall, the study found that Latino patients had worse control of their disease than English-speaking Caucasian patients: even English-speaking Latinos have almost double the rates of poor blood sugar control compared to Caucasians.

However, researchers found no difference in blood sugar control between English-speaking Latinos and non-English speaking Latinos if they had access to a doctor who spoke their language. When Latinos with limited English had a doctor who did not speak Spanish, though, 28 percent of the patients had poor diabetes control, compared to 16 percent of those with Spanish-speaking physicians. Only 10 percent of the Caucasian patients had poor blood sugar control.

More than 8 percent of the U.S. population, or 18 million adults, reported speaking English less than very well in 2000 U.S. Census, and the majority (14 million) spoke Spanish as their first language. The U.S. Latino population is growing rapidly and has one of the highest rates of diabetes, the authors noted.

“The study adds to evidence that the conversation between physician and patient is of critical importance to the success of diabetes care,” said senior author Andrew Karter, PhD, principal investigator of the DISTANCE Study and research scientist at the Kaiser Permanente Division of Research.

“Our studies point out the need for quality improvement efforts in diabetes care to reduce health disparities associated with language, in addition to ethnicity,” Karter said. “As the U.S. becomes linguistically more diverse, and as the prevalence of diabetes continues to rise, it is increasingly important to understand how language barriers may prevent patients from getting the best possible care.”

Data collection and analyses for this study was conducted by the DISTANCE study, which enrolled 20,000 patients from the Kaiser Permanente Northern California Diabetes Registry.  The overarching aim of DISTANCE is to investigate ethnic and educational disparities in diabetes-related behaviors, processes of care and health outcomes.

The DISTANCE study and research team were funded by the National Institute of Diabetes and Digestive and Kidney Diseases, and the National Institute of Child Health and Human Development. Fernandez is supported by the NIH and a professorship award from the Arnold P. Gold Foundation. Schillinger is supported by an NIH Clinical and Translational Science Award. Funders had no role in any aspect of the study.

The Kaiser Permanente Division of Research conducts, publishes, and disseminates epidemiologic and health services research to improve the health and medical care of Kaiser Permanente members and the society at large. It seeks to understand the determinants of illness and well-being and to improve the quality and cost-effectiveness of health care. Currently, DOR’s 500-plus staff is working on more than 250 epidemiological and health services research projects. For further information, please visit www.dor.kaiser.org.

UCSF is a leading university dedicated to promoting health worldwide through advanced biomedical research, graduate-level education in the life sciences and health professions, and excellence in patient care. Visit ucsf.edu.