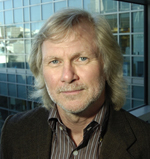 Frank McCormick, PhD, FRS, Director of the UCSF Helen Diller Family Comprehensive Cancer Center, is the recipient of the 2010 American Society of Clinical Oncology’s Science of Oncology Award and Lecture.

An internationally recognized molecular biologist and cancer researcher, McCormick’s contributions include the development of sorafenib, a small-molecule tyrosine protein kinase inhibitor used for the treatment of kidney cancer and advanced liver cancer. According to ASCO, the award is “in recognition of this advance and Dr. McCormick’s other outstanding contributions to translational research in cancer.’‘

“I’m delighted to receive this honor,’’ said McCormick. “To be recognized by this group is particularly special.’‘

McCormick, who holds the David A. Wood Distinguished Professorship of Tumor Biology and Cancer Research, is a professor in the Department of Microbiology and Immunology and Associate Dean of the UCSF School of Medicine. Founder of Onyx Pharmaceuticals, he joined UCSF in 1997. He “built his career on understanding the basic mechanisms driving oncogenesis,’’ stated ASCO. “As a result of these efforts, he has emerged as an eminent expert on the Ras signaling pathway that plays a central role in many cancers and as a pioneer who has helped pave the way toward the development of targeted cancer therapies.’‘

During the recent ASCO 2010 Annual Meeting’s Plenary Session, McCormick delivered his Science of Oncology Lecture entitled “Success and Failure on the Ras Pathway.’’ His presentation described the numerous approaches undertaken during the last three decades to overcome the harmful effects of oncogenic Ras.