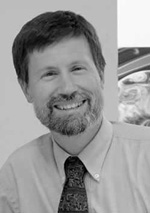 The cause of diabetes during pregnancy is directly controlled by serotonin, a chemical produced by the body and normally known as a neurotransmitter, and is influenced by the amount of protein in the mother’s diet early in pregnancy, according to new findings of an international team led by researchers at UCSF.

The surprise discovery could lead to simple dietary solutions and possible therapeutics for the disorder known as gestational diabetes, which if untreated, has serious implications for both mother and child. It also offers new insights into possible ways to reverse non-gestational diabetes in its early stages, the researchers say.

The findings will be reported in an upcoming issue of “Nature Medicine” and are available June 27 via Advance Online Publication at http://dx.doi.org/10.1038/nm.2173.

Scientists have puzzled for decades over the fact that the onset of pregnancy causes a woman to double the number of insulin-producing islet cells in her pancreas, according to UCSF Professor Michael German, MD, who is senior author of the paper. While that increase ultimately enables the mother to control the flow of nutrients to the fetus during its final growth spurt in the third trimester, the islet cell production occurs long before those nutrients are actually needed.

Until now, no one has known what caused that change. Clearly, German said, it is not stimulated by the need for nutrients at the time it occurs, so something else had to be causing it. That has made it of great interest to researchers studying gestational diabetes, in which too little insulin is produced, as well as type I diabetes, in which islet cells are killed off. German’s team set out to find out why.

Using a genomic analysis of both pregnant and non-pregnant mice, the researchers conducted a broad scan of all of the genes that were turned either on or off in the islet cells during pregnancy. At the top of the list, he said, was tryptophan hydroxylase (Tph1), the enzyme that produces serotonin from the amino acid tryptophan. In the newly pregnant mice, that enzyme rose exponentially.

“This is really novel,” said German, who holds the Justine K. Schreyer Endowed Chair in Diabetes Research and is a member of the UCSF Diabetes Center. “This was not an expected finding and we really stumbled upon it. To see a gene go up 1,000-fold that we didn’t know was involved is very rewarding.”

Because serotonin is made from tryptophan – an amino acid that comes from high-protein foods such as milk, eggs, meat and fish – this result also provides a clear link between the amount and type of protein consumed by the mother early in pregnancy and the generation of islet cells needed to protect her against gestational diabetes late in pregnancy, when the fetal caloric needs are highest.

Serotonin has been widely studied as a neurotransmitter in the brain for its effects on appetite and mood, especially depression, and has generated numerous pharmaceuticals targeting both the receptors and inhibitors of the protein. Outside the brain, serotonin also is made in the gut and is critical in blood clotting and in liver regeneration.

Due to similarities between the insulin producing cells in the pancreas and certain types of neurons in the brain, German’s laboratory had been collaborating for years with two faculty members in the UCSF Department of Psychiatry: John Rubenstein, MD, PhD, who studies fetal brain development, and Laurence H. Tecott, MD, PhD, who focuses on serotonin receptors and was a co-author on this “Nature Medicine” paper. Together, the three laboratories had been studying the developmental and functional similarities between serotonin-producing brain cells and insulin-producing cells.

“We had shown that islet cells had all the ‘machinery’ for producing serotonin, but we thought it was coincidental,” German said. “What this paper shows is not only does the gene for synthesizing serotonin increase, but also the amount of serotonin in the beta cells increases 1,000-fold during pregnancy.”

Beta cells are the specific islet cells that produce and release insulin and make up the majority of the cells found in the part of the pancreas known as the islets of Langerhans.

Why that happened was the next question. German said the amount of serotonin rises in the bloodstream during pregnancy, but only by about 50 percent. The magnitude of this change, in comparison, indicated that it had a local use.

“We looked to see whether beta cells have receptors for serotonin, and in fact they do,” he said. “We realized that this must be controlling beta cell proliferation.”

Sure enough, German added, anything the lab did to inhibit production of serotonin by islet cells, including restricting tryptophan in the diet, caused the cells to stop proliferating and led to gestational diabetes in the mice.

The researchers discovered that as the hormone prolactin increases at the onset of pregnancy, it activates the gene that produces Tph1 in beta cells. That stimulates serotonin receptors and causes beta cells to proliferate, generating the increase in insulin.

The research indicates that modulators of the serotonin pathway, including drugs, diet and genetic inheritance, may affect the risk of gestational diabetes and, possibly, the long-term risk of developing type 2 diabetes, according to the researchers. The dual roles of serotonin in regulating mood and beta cell mass also could explain the association of depression with both type 2 diabetes and gestational diabetes, as well as the effects of some classes of psychiatric medications on diabetes. The researchers noted that a more complete understanding of the function of this pathway could suggest improved methods for both preventing and treating diabetes.

The lead author on the paper was Hail Kim, who is a researcher in the UCSF Diabetes Center along with co-authors Francis C. Lynn, Eric Chak, Takeshi Miyatsuka, Yasuhiro Kosaka, Katherine Yang, Nina Kishimoto and Juehu Wang.

The research was supported by grants from the Larry L. Hillblom Foundation, the Juvenile Diabetes Research Foundation, the American Diabetes Association, the National Institutes of Health and the Ministry of Education, Sports and Culture of Japan. The authors declare no conflicts of interest.