The U.S. Food and Drug Administration (FDA) recently approved the use of Teplizumab, a new, immunotherapy drug that has been shown to delay the onset of type 1 diabetes by at least two years. The drug is the first of its kind for patients in the U.S., for whom intravenous insulin infusion has been the only approved treatment.

The FDA’s approval of Teplizumab on Nov. 17, 2022, under the brand name Tzield, was largely made possible by researchers from the UCSF Diabetes Center.

Until now, the only real therapy for patients has been a lifetime of insulin replacement. This new therapy targets and helps to halt the autoimmune process that leads to the loss of insulin.” 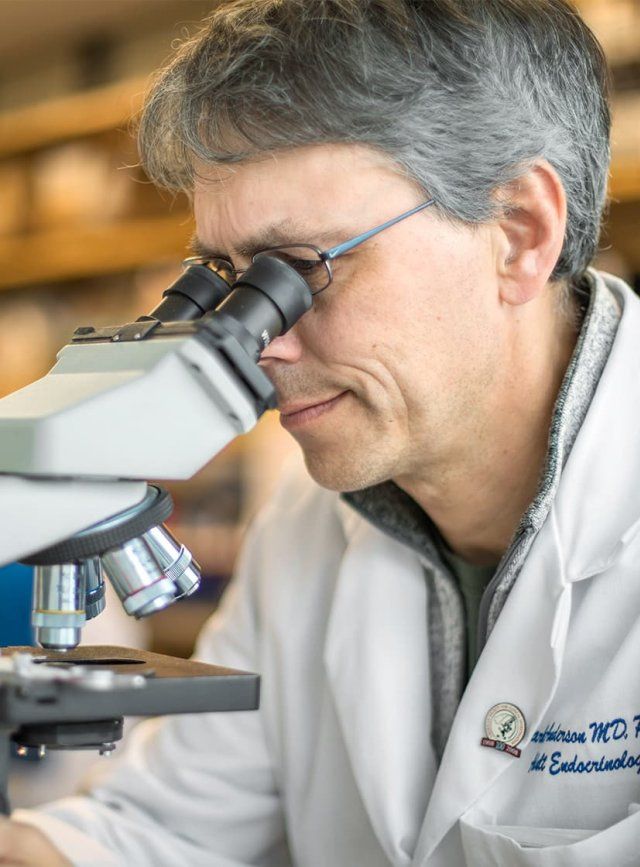 “This is a landmark achievement, and our diabetologists and basic scientists at UCSF were instrumental in the discovery, validation and clinical demonstration of Teplizumab,” said Mark S. Anderson, MD, PhD, the Robert B. Friend and Michelle M. Friend Endowed Chair in Diabetes Research and director of the UCSF Diabetes Center. “Until now, the only real therapy for patients has been a lifetime of insulin replacement. This new therapy targets and helps to halt the autoimmune process that leads to the loss of insulin.”

“It’s been a long journey in developing Teplizumab, starting 36, 37 years ago,” said Bluestone. “Our first major publication was in 2002 in the New England Journal of Medicine, where we showed we could take patients who had just developed type 1 diabetes and try to prevent or reverse the disease before all the islets were destroyed, and so that was really the first demonstration that Teplizumab could slow down, if not reverse, the disease in many of these patients.”

UCSF’s TrialNet team – including Anderson and UCSF pediatric endocrinologist Stephen Gitelman, MD – played a critical role in national clinical trials to discover ways to delay and prevent type 1 diabetes. The pivotal Teplizumab trial that led to FDA approval showed that a single 14-day dose of Teplizumab delayed the onset of type 1 diabetes in children and adults by an average of two years in pre-symptomatic patients.

“UCSF has been an important part of various clinical networks trying to solve the problem of type 1 diabetes,” says Gitelman, the Mary B. Olney, MD / KAK Distinguished Professor in Pediatric Diabetes and Clinical Research and director of UCSF's pediatric diabetes program. “The results of the Teplizumab trial were very dramatic in delaying the progression of type 1. We have conducted a number of other prevention trials over the past few decades – this is the first one that’s worked.”

Type 1 diabetes results from immune destruction of a single cell type – the insulin-producing beta cell. Without beta cells, the pancreas cannot make insulin, which helps blood sugar enter the body’s cells for use as energy. Without insulin, blood sugar builds up in the bloodstream. High blood sugar causes many of the symptoms and complications of diabetes, making it very a difficult chronic illness to manage. Type 1 diabetes usually develops in children and teens, but it can happen at any age.

“Over the years we’ve had a number of patients and families that have come through that have received this experimental medication here,” says Gitelman. “There’s been a lot of excitement with each of these efforts the way it’s altered the natural course of diabetes over time.”

With the approval of Teplizumab, the diabetes team at UCSF will begin infusions for patients who have preclinical type 1 diabetes. The center’s clinical researchers are also continuing to champion the next generation of therapies for type 1 diabetes that target the immune system, including research into regulatory T cells which may have a pivotal role in treating prediabetic conditions.

The UCSF Diabetes Center is an integrated team of researchers and physicians in fields of cell development, metabolism, and immunology, internationally renowned for excellent patient care, cutting-edge science, and lifesaving patient education in both Type 1 and Type 2 Diabetes. Based at Parnassus on two floors in Health Sciences West, there are also have labs at the Eli and Edythe Broad Center of Regeneration Medicine and Stem Cell Research, and Medical Sciences, with affiliate faculty spanning from to Mission Bay, Gladstone Institutes, to Zuckerberg San Francisco General Hospital and Trauma Center.

About UCSF Health: UCSF Health is recognized worldwide for its innovative patient care, reflecting the latest medical knowledge, advanced technologies and pioneering research. It includes the flagship UCSF Medical Center, which is ranked among the top 10 hospitals nationwide, as well as UCSF Benioff Children’s Hospitals, with campuses in San Francisco and Oakland, Langley Porter Psychiatric Hospital and Clinics, UCSF Benioff Children’s Physicians and the UCSF Faculty Practice. These hospitals serve as the academic medical center of the University of California, San Francisco, which is world-renowned for its graduate-level health sciences education and biomedical research. UCSF Health has affiliations with hospitals and health organizations throughout the Bay Area. Visit ucsfhealth.org. Follow UCSF Health on Facebook or on Twitter.