Ten young children born without functioning immune systems and lacking the ability to fight infections are on track for healthier lives thanks to a new gene therapy treatment pioneered at UC San Francisco, reports a Dec. 22 study in the New England Journal of Medicine.

The children have Artemis-SCID, a very rare genetic disorder that is typically treated with a bone marrow transplant from a healthy donor, ideally a matched brother or sister. The new gene therapy allows researchers to treat newly diagnosed babies with their own cells – adding a healthy copy of the Artemis gene to the baby’s harvested marrow stem cells, then infusing the corrected stem cells back into their bodies – in hopes of avoiding many of the short- and long-term complications of the standard treatment, including death.

The children in the trial – all under the age of 5 – are living at home with their families, attending daycare and preschool, playing outside, and living normal lives, said Mort Cowan, MD, UCSF pediatrics professor and the trial’s lead investigator.

He’s not sick anymore. He discarded all of his medication. He’s happy and he’s growing to be a young man. 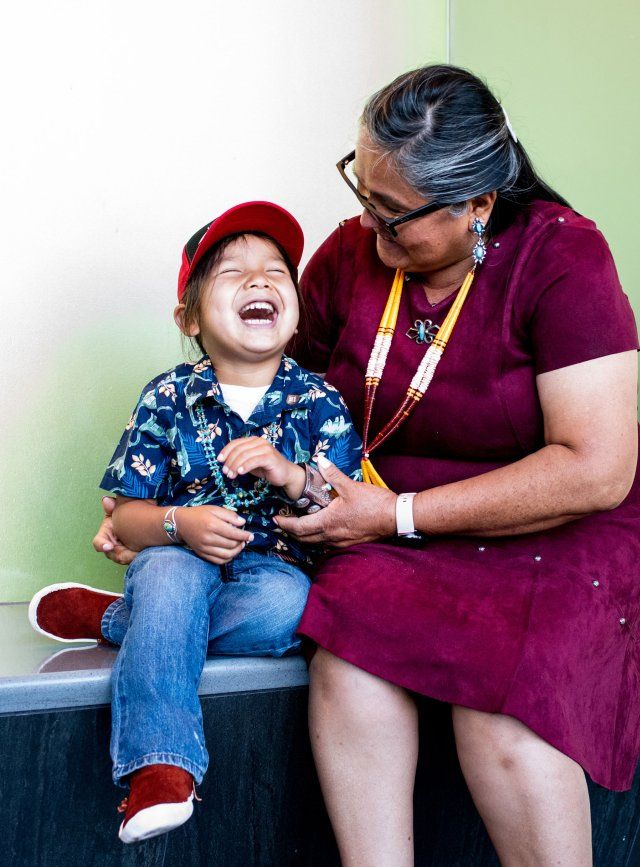 “Already, the course of their illness is so much better than with the typical treatment,” said Cowan, who has treated more than 30 children with Artemis-SCID using standard bone marrow transplants. “I’ve never seen results like this in any of the other kids. It’s amazing.”

Gene correction has been used before in patients with other genetic forms of SCID, but its use in Artemis-SCID is significant because these patients usually respond more poorly to standard bone marrow transplants. Complications can include rejecting the marrow graft, graft-vs.-host disease – in which the donor T cells attack the recipient’s tissues – chronic infections leading to organ damage, stunted growth, and premature death.

Laverna Shorty, a grandmother and caregiver of the first child to enroll in the clinical trial as an infant in 2018, has seen her grandson, “HT,” go through a lot of pain in his first years. HT’s condition was discovered shortly after his birth in Arizona, and he was airlifted to UCSF for treatment.

“HT was born with Artemis-SCID, but after he went through the clinical trial, he’s living a normal life now,” Shorty said. “He’s not sick anymore. He discarded all of his medication. He’s happy and he’s growing to be a young man.”

The first outcome of the Phase I/II trial involved the safe transfusion of gene-corrected cells that would differentiate into white blood cells by 42 days after infusion. Researchers theorized patients would need less chemotherapy to prepare their marrow for transfusion when their own cells were being used; thus only 25% of a full dose of busulfan was administered. The second outcome was T-cell reconstitution at 12 months, a measurement of the strength of the immune system.

All 10 patients were safely transfused with their own gene-corrected stem cells that gave rise to corrected peripheral blood cells within 42 days. All 10 were growing their own T cells and B cells by 12 weeks, and four of nine (excluding a patient who received a second treatment) achieved full T-cell immune reconstitution by 12 months. Four of nine also achieved full B cell immunity by 24 months, allowing them to discontinue immunoglobulin replacement and receive standard childhood vaccinations. An additional three patients, who were followed for fewer than 24 months, had promising B cell development when compared to previous outcomes for donor-transplanted patients.

One child required a second infusion of gene-corrected bone marrow due to a persistent infection with cytomegalovirus prior to gene therapy but is now infection free with good T- and B-cell immunity. “All of the results are better than those previously seen with Artemis-SCID patients who received donor bone marrow transplants,” noted Jennifer Puck, MD, UCSF pediatrics professor and co-lead investigator in the study.

“Having patients in the trial achieve full T-cell immunity is outstanding. B-cell recovery takes longer, but so far it looks as if the patients also have a far better chance for B-cell reconstitution than they would with a regular bone marrow transplant,” Puck said. “Successfully using less chemotherapy is also a big win, minimizing the harmful side effects of full dose busulfan in small infants.”

The children in the trial are currently between the ages of 18 months and 4.5 years; nine were born in the U.S. and were diagnosed following newborn screening for SCID; one was born in Canada and diagnosed at five months of age with clinical illness. Four patients are of Navajo/Apache Native American descent, where the Artemis-SCID mutation is more common. Median follow-up was 31.2 months. At the time of study publication, six patients had been followed for at least 24 months.

“We’re pioneering gene therapy in this very rare disease right now, but we are using techniques that can be exported to other situations and can help many other conditions worldwide,” said Puck. “Every new innovation happens one patient at a time.”

Funding: Please refer to the paper for full disclosures.

Photos and video can be found in the media kit.

About UCSF Health: UCSF Health is recognized worldwide for its innovative patient care, reflecting the latest medical knowledge, advanced technologies and pioneering research. It includes the flagship UCSF Medical Center, which is ranked among the top 10 hospitals nationwide, as well as UCSF Benioff Children’s Hospitals, with campuses in San Francisco and Oakland, Langley Porter Psychiatric Hospital and Clinics, UCSF Benioff Children’s Physicians and the UCSF Faculty Practice. These hospitals serve as the academic medical center of the University of California, San Francisco, which is world-renowned for its graduate-level health sciences education and biomedical research. UCSF Health has affiliations with hospitals and health organizations throughout the Bay Area. Visit ucsfhealth.org. Follow UCSF Health on Facebook or on Twitter.