The Northern California Institute for Research and Education, which partners with UC San Francisco and the San Francisco VA Medical Center, has been awarded a five-year, $147 million grant that will expand diversity among Alzheimer’s disease research participants.

The project leader is Michael Weiner, MD, professor of radiology, medicine and neurology at UCSF and the principal investigator of the Alzheimer’s Disease Neuroimaging Initiative (ADNI), with 60 sites in the United States and Canada. ADNI is one of the first public-private partnerships funded in part by the National Institutes of Health’s National Institute on Aging to study the neurodegenerative disorder.

“Clinical trial recruitment has traditionally always struggled to enroll participants of color. Up until about two years ago, only 10% to 11% of our participants were nonwhite,” said Weiner, who is also affiliated with the UCSF Departments of Medicine, Psychiatry and Behavioral Sciences, and is a physician at the San Francisco VA Medical Center.

“Who volunteers in clinical research? We know they are people who are educated; people who are not suspicious of the medical establishment and people who are generally healthy. More people of color than white people have comorbidities, like diabetes and hypertension, that result in them being excluded from clinical trials. But if we are to understand Alzheimer’s disease, we must study participants who represent the North American population,” said Weiner, himself an ADNI participant.

The study was launched in 2004 to identify and validate the imaging, genetic and biochemical biomarkers in the early detection and tracking of Alzheimer’s disease – the most common form of dementia – as well as to support advances in preventing and treating the disorder through new diagnostic methods.

Funding for the upcoming phase of the study, ADNI4, is approximately double that of the study’s third phase, enabling researchers to expand their current participant pool from more than 1,000 to about 1,500 people. At least half of the participants will come from underrepresented populations, in an effort to make research findings more generalizable for all patients with Alzheimer’s disease.

In ADNI4, researchers will focus on recruiting ethnoculturally diverse participants by using a community-engaged approach with recruiters in communities, digital marketing and social media campaigns. “Some 50 percent to 60 percent of new enrollees will be from underrepresented groups, such as Black, Latinx, Asian, Pacific Islander, American Indian, as well as people with a high school education or less,” said Weiner.

“Through a web-based portal, ADNI4 will screen up to 20,000 participants using digital cognitive tests including a novel voice-based assessment tool,” said Melanie Miller, PhD, senior program manager at ADNI. “One in five of these participants will be further screened using remote collection of blood samples for amyloid and tau, and those participants with cognitive assessments suggesting higher risk for MCI, or those with amyloid positivity, will be referred to their local ADNI site. Ultimately, ADNI hopes to enroll at least 500 new participants for detailed inclinic assessment,” she said.

However, the factors that drive these disparities remain somewhat speculative. It is known that Black and Hispanic populations face greater risks for cerebrovascular disease than whites, which indicate that the differences in the incidence of dementia may be attributed to higher rates of vascular dementia, rather than Alzheimer’s disease.

“These are questions that must be addressed,” said Weiner. “We are appealing to communities’ sense of altruism. Enroll in ADNI, so that we can unlock the remaining mysteries of Alzheimer’s and find out how we can treat the disease before symptoms emerge.”

Pre-Symptomatic Stage May Be When Treatment Is Most Effective

Eligibility criteria include men and women aged between 55 and 90, who are cognitively healthy, those with Alzheimer’s disease and those with mild cognitive impairment (MCI), a frequent precursor to the disease.

“We know that Alzheimer’s disease begins about 15 to 20 years before a patient becomes symptomatic,” said Weiner. “It’s during this long pre-symptomatic stage that we think treatments may be most effective,” he said.

It’s during this long pre-symptomatic stage that we think treatments may be most effective. 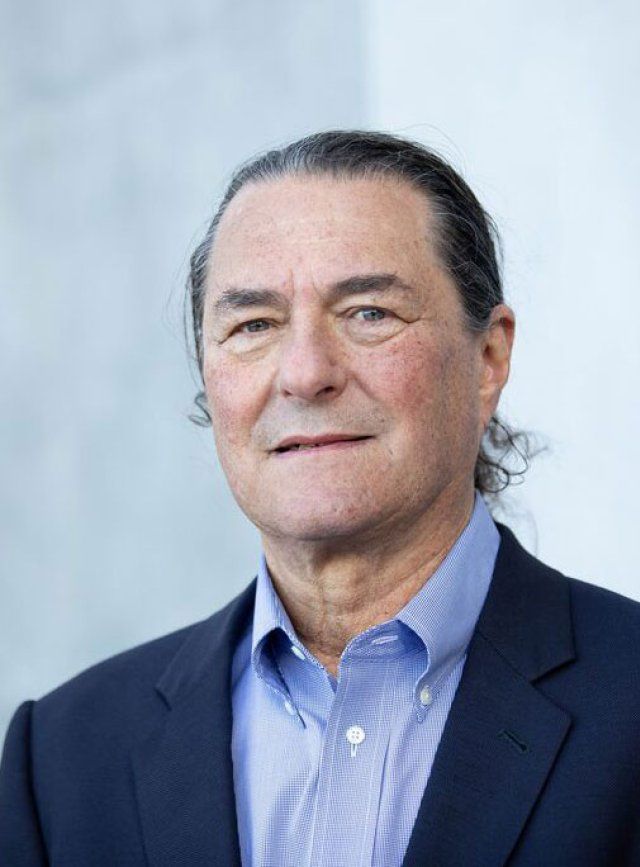 However, unlike most clinical studies, no treatment is tested in ADNI. Instead, participants are followed over a period of years or decades with repeated imaging, including MRI and PET amyloid and tau scans, together with blood tests and cerebrospinal fluid tests.

ADNI findings, de-identified to protect patient’s privacy, are freely shared with scientists seeking to understand the underlying biology and progression of Alzheimer’s disease. Its data, together with imaging and biospecimens, have been instrumental in transforming researchers’ conception of the disease, by revealing the decades-long buildup of amyloid plaques that foreshadow symptoms.

ADNI data has been used in almost 5,000 published clinical studies, including those that have identified the biomarkers present in asymptomatic people with Alzheimer’s disease, patients with MCI and those with symptomatic disease. They have also been used by pharmaceutical companies developing anti-amyloid therapies, of which Aduhelm, approved in 2021, was the first Alzheimer’s drug to potentially delay cognitive decline.