After a decade of work, scientists at UC San Francisco’s Neuroscape Center have developed a suite of video game interventions that improve key aspects of cognition in aging adults.

The games, which co-creator Adam Gazzaley, MD, PhD, says can be adapted to clinical populations as a new form of “experiential medicine,” showed benefits on an array of important cognitive processes, including short-term memory, attention and long-term memory.

Each employs adaptive closed-loop algorithms that Gazzaley’s lab pioneered in the widely cited 2013 Neuroracer study published in Nature, which first demonstrated it was possible to restore diminished mental faculties in older people with just four weeks of training on a specially designed video game.

These algorithms achieve better results than commercial games by automatically increasing or decreasing in difficulty, depending on how well someone is playing the game. That keeps less skilled players from becoming overwhelmed, while still challenging those with greater ability. The games using these algorithms recreate common activities, such as driving, exercising and playing a drum, and use the skills each can engender to retrain cognitive processes that become deficient with age.

“All of these are taking experiences and delivering them in a very personalized, fun manner, and our brains respond through a process called plasticity,” said Gazzaley, who is professor of neurology in the UCSF Weill Institute for Neurosciences and the founder and executive director of Neuroscape. “Experiences are a powerful way of changing our brain, and this form of experience allows us to deliver it in a manner that’s very accessible.”

The lab’s most recent invention is a musical rhythm game, developed in consultation with drummer Mickey Hart, that not only taught the 60 to 79-year-old participants how to drum, but also improved their ability to remember faces. The study appears Oct. 3, 2022, in PNAS.

Experiences are a powerful way of changing our brain, and this form of experience allows us to deliver it in a manner that’s very accessible. 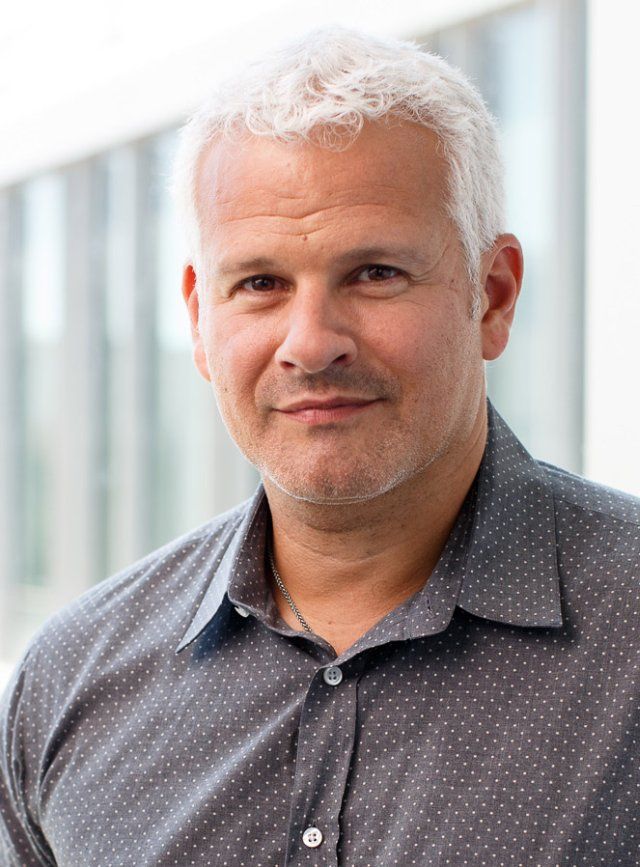 The eight-week program used visual cues to train people how to play a rhythm on an electronic tablet. The algorithm matched the degree of difficulty – including the tempo, complexity and level of precision required for a tap to be considered on-beat – to each player’s ability. Over time, the cues disappeared, forcing the players to memorize the rhythmic pattern.

When the participants were tested at the end to see how well they could recognize unfamiliar faces, electroencephalography (EEG) data showed increased activity in a part of the brain on the right side (the superior parietal lobule) that is involved both in sight reading music and in short-term visual memory for other tasks. The researchers said the data indicate that the training improved how people bring something into memory and then take it back out again when they need it.

“That memory improved at all was amazing,” said Theodore Zanto, PhD, an associate professor of neurology in the UCSF Weill Institute for Neurosciences and director of the Neuroscience Division at Neuroscape. “There is a very strong memory training component to this, and it generalized to other forms of memory.”

A second game, the Body Brain Trainer, published recently in NPJ Aging, improved blood pressure, balance and attention in a group of healthy older adults with eight weeks of training. The game also improved a key signature of attention that declines as people age and is related to the ability to multitask. In addition to the usual adaptive algorithm targeting cognitive abilities, the eight-week training included a feedback mechanism to ensure that participants were exercising at the right level.

“We had people wearing a heart rate monitor, and we were getting that heart rate data and feeding it into the game,” said Joaquin A. Anguera, PhD, associate professor of neurology in the UCSF Weill Institute for Neurosciences and director of the Clinical Division at Neuroscape. “If they weren’t working hard enough, the game got harder.”

Neuroscape published the results of yet another study last year in Scientific Reports on a virtual reality spatial navigation game called Labyrinth that improved long-term memory in older adults after four weeks of training.

All three studies demonstrated their results in randomized clinical trials, extending the finding from 2013 that digital training can enhance waning cognitive faculties in older adults.

“These are all targeting cognitive control, an ability that is deficient in older adults and that is critical for their quality of life,” Gazzaley said. “These games all have the same underlying adaptive algorithms and approach, but they are using very, very different types of activity. And in all of them we show that you can improve cognitive abilities in this population.”

Gazzaley is a co-founder, shareholder, advisor and member of the board of directors at Akili Interactive Labs, a company that produces therapeutic video games and has licensed Body Brain Trainer.