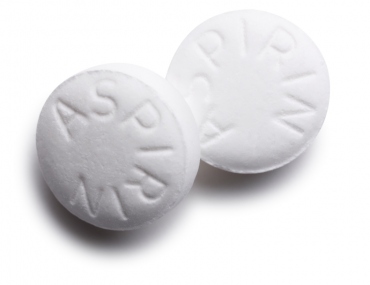 Regular use of a common type of medication, such as aspirin and ibuprofen, significantly improves survival for a third or more patients with head and neck cancer, a new study led by UC San Francisco has found.

Non-steroidal anti-inflammatory drugs, or NSAIDs, improved the overall five-year survival rate from 25 percent to 78 percent for patients whose cancer contained a specific altered gene, known as PIK3CA, the researchers reported. The survival for patients whose gene was not altered in their tumor, was unaffected by NSAID use.

This is the first study to show a strong clinical advantage of regular NSAID use for head and neck cancer patients with mutations in the PIK3CA gene and may indicate a clear, biological reason to implement NSAID therapy in certain cases of the disease, said the authors.

The paper is published January 25, 2019 in the Journal of Experimental Medicine.

“Our results suggest that the use of NSAIDs could significantly improve outcomes for not only head and neck cancer patients, but also patients with other cancers that contained the PIK3CA mutation,” said Jennifer R. Grandis, MD, a UCSF professor of otolaryngology, head and neck surgery, and senior author of the paper.

“The magnitude of the apparent advantage is strong, and could potentially have a positive impact on human health,” Grandis said.

Within head and neck squamous cell carcinoma, PIK3CA is the most commonly altered oncogene, with 34 percent of all tumors carrying mutations that activate the PIK3CA gene. In head and neck cancer associated with the human papillomavirus (HPV), PIK3CA is mutated in more than half of tumors.

Head and neck squamous cell carcinoma is a complex malignancy that carries a poor prognosis: the five-year survival rate is about 45 percent. According to the American Cancer Society, head and neck cancer accounts for approximately 4 percent of all cancers in the United States, with an estimated 65,000 people developing it annually.

While the disease can occur in the young, most patients are above age 50 when diagnosed. Primary risk factors include smoking, alcohol use, and HPV infection.

NSAIDs, which include over-the-counter drugs such as ibuprofen and aspirin, are known to relieve pain and reduce inflammation, fever and blood clots. They are the most frequently-prescribed medication for conditions such as arthritis.

In the new research, 266 patients from the University of Pittsburgh Medical Center whose tumors were surgically removed were investigated by the study authors. The majority (84 percent) smoked and 67 percent received post-surgery chemotherapy and/or radiotherapy. Median overall survival was 66 months.

Altogether, 75 tumors (28 percent) in the study had an activating alteration of the PIK3CA gene.

Among the patients who regularly used NSAIDs, 93 percent used aspirin as a component of the NSAID regiment, and 73 percent took aspirin exclusively. Most of the regular users started on the aspirin therapy following their head and neck cancer diagnosis.

The investigators learned that regular use of NSAIDs for at least six months provided “markedly prolonged” improved survival compared to non-use for patients whose PIK3CA gene was mutated or amplified – in these patients, NSAIDs raised overall five-year survival from 25 to 78 percent. However, patients without alterations in their PIK3CA gene were no better off by taking NSAIDs.

Through analysis of both cell line and mouse studies, the researchers speculated that NSAIDs likely blocked tumor growth by reducing the production of an inflammatory molecule called prostaglandin E2.

The researchers pointed out that their results need to be corroborated in a prospective trial. Additionally, they noted limitations including the small size of the study group, as well as the type, timing, and dosages of NSAIDs taken by patients.

“NSAID use likely confers a statistically and clinically significant advantage in overall survival in PIK3CA-altered head and neck cancer through direct interaction between the PI3K and COX pathways,” said Grandis, a member of the UCSF Helen Diller Family Comprehensive Cancer Center.

“Given the marked mortality of this disease,” she said, “the researchers have designed a prospective, randomized clinical trial to address the initial study’s limitations and assess the clinical significance of this therapeutic use.”

Funding: Funding for the research was provided in part by the National Institutes of Health (R01CA098372, R01DE023685, and P50CA097190) and by the American Cancer Society. Please see the paper for a full list of financial support.