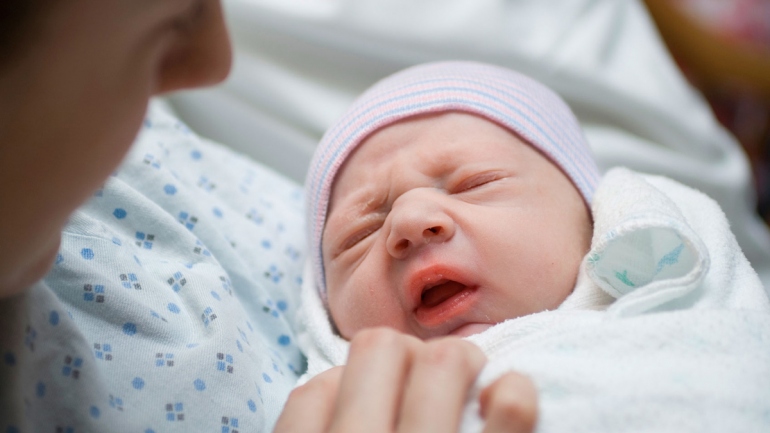 Partially paid family leave policies in California and New Jersey helped increase breastfeeding in those states, a new analysis from UC San Francisco has found, but rates increased most among higher-income women who could afford to take more time off from work.

The United States is the only developed country that does not offer paid leave to new parents, and the authors said their findings, published Thursday, Oct. 25, in the American Journal of Public Health, can help inform the policy debate at both the state and national levels by showing how current policies may not be helping the lower-income parents who need it most.

“Our findings suggest that women in states that enacted paid family leave modestly extended breastfeeding during infancy, which is a critical developmental window,” said Rita Hamad, MD, PhD, the study’s first author, who is an assistant professor of family and community medicine and a member of the Philip R. Lee Institute for Health Policy Studies at UCSF. “It’s notable that we see the breastfeeding changes particularly among women of higher social status, a group that is presumably more likely to take advantage of the partially paid leave. These policies only provide new parents with a fraction of their regular salary, so low-income parents may be less likely to take time off.”

Both California and New Jersey offer six weeks of partially paid leave to new parents. California implemented a family leave policy in 2004 that pays up to 55 percent of a parent’s salary, and New Jersey implemented a policy in 2009 covering 67 percent of a parent’s salary. Other states have since followed, including Rhode Island, in 2014, and New York in 2018.

The researchers found boosts in breastfeeding rates – as measured by the National Immunization Survey – in both California and New Jersey right after the family leave policies were put into place. The researchers did not see similar jumps in the states without family leave policies. While the authors acknowledged that states like California and New Jersey already had higher overall rates of breastfeeding, the data indicated that the new policies had an effect over and above these trends.

“The important point is that both of the states we looked at had additional increases right after their paid leave policies were put into place,” Hamad said. “Providing fully paid leave might give low-income mothers and fathers the support to be with their newborns.”

The researchers said their results may have underestimated the effects of the policy, since the survey they used to estimate breastfeeding rates did not include employment data and therefore included non-working mothers, who did not benefit from the paid family leave policies.

The study used seven measures of breastfeeding: whether babies were ever breastfed; exclusively breastfed at three and six months; still being breastfed at six and 12 months; the length of time a child was exclusively breastfed; and how long a child was breastfed, whether exclusively or not. The American Academy of Pediatrics recommends that mothers breastfeed their babies exclusively for the first six months and then continue breastfeeding, while introducing solid food to their babies, until the baby is a year old, and for longer than that, if both mother and baby are amenable.

When the overall group of mothers in each state was analyzed, the only outcome that increased significantly with the introduction of family leave policies was whether a child was exclusively breastfed at six months.

The researchers found larger effects when they separated out married, older, and higher-income women.

“Our findings suggest that the policies worked in favor of higher-income working women,” Hamad said. “The benefits offered in California and New Jersey may not be enough to help low-income women who can’t afford any lost wages. It would be interesting to see whether the fully paid leave benefits recently adopted by the city of San Francisco and some companies—especially tech companies—do a better job of supporting low-income parents.”

Disclosures: The authors had no conflicts of interest to disclose.