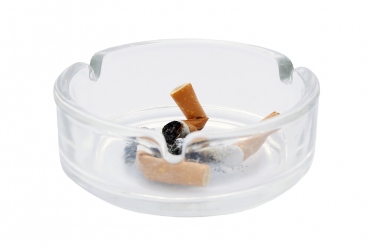 Enforcing residential bans on smoking could help large numbers of low-income people quit smoking, according to an analysis of federally funded national surveys by a California research team. The finding comes as public housing authorities across the country face a July 31st deadline from the U.S. Department of Housing and Urban Development (HUD) to implement indoor no-smoking policies.

The study, published Friday, July 27, 2018, in PLOS ONE, analyzes data from the National Cancer Institute funded Tobacco Use Supplement to the U.S. Census Bureau’s Current Population Survey—which asked about smoking habits, whether people allowed smoking in their homes, and whether they were able to quit—over a 10-year period from 2002 to 2011.

It found that, while low-income smokers were significantly less likely to live in smoke-free homes, those who did live in such homes were much more likely to be successful quitters. Implementing smoke-free policies in low-income housing is one way to increase the number of smoke-free homes, and the authors said this has the potential to affect a large group of vulnerable people. Public housing serves more than 1.2 million low-income households, including 700,000 children, predominantly from racial and ethnic minority groups. They said the impact of indoor no-smoking policies would likely be greater if low-income people in public housing also had access to smoking cessation programs.

“Our findings imply that having a smoke-free policy could actually increase cessation rates among the very populations in public housing that are disproportionately affected by tobacco use,” said Maya Vijayaraghavan, MD, MAS, assistant professor of medicine at UC San Francisco and the study’s first author.

“We haven’t thought of adopting a smoke-free home policy as a type of smoking cessation intervention, but our study shows that it can be an effective cessation mediator at the population level,” she said. “Given how many people this will ultimately affect, including hundreds of thousands of children from racial and ethnic minority groups who are disproportionately affected by exposure to secondhand smoke, this represents an unprecedented opportunity to reduce health disparities related to tobacco use.”

Smokers tend to be concentrated among low-income populations, a trend that intensified over the time period under study. Smokers also got significantly older, as younger people are increasingly less likely to start smoking. Smokers were also less likely to live in states with strong tobacco control policies, such as high tobacco taxes or tobacco control expenditures.

Over the study period, as more people across the country began to live in smoke-free homes—researchers found a 62 percent increase—more people quit smoking for more than a month, an early indicator of successful quitting. The smokers who remained also consumed fewer cigarettes.

The researchers found no difference over the study period in how often U.S. smokers tried to quit, suggesting that other factors, such as living in smoke-free homes or stricter state tobacco control policies, explained the increase in smoking cessation.

The researchers concluded that if more low-income smokers had smoke-free homes, the disparity in cessation rates between low and higher income smokers would be reduced by 36 percent—a substantial reduction at the population level.

“Higher income people have acted to make their homes smoke-free and protect their children from secondhand smoke, but those who live in multi-unit housing may be unable to keep their home smoke-free,” said John Pierce, PhD, a professor of family medicine and public health and the Moores Cancer Center at UC San Diego. “Smoke-free homes not only protect nonsmokers, but they also reduce the opportunities for smoking and make it easier for smokers to quit. HUD’s no smoking policies should help reduce the income disparity in smoking.”