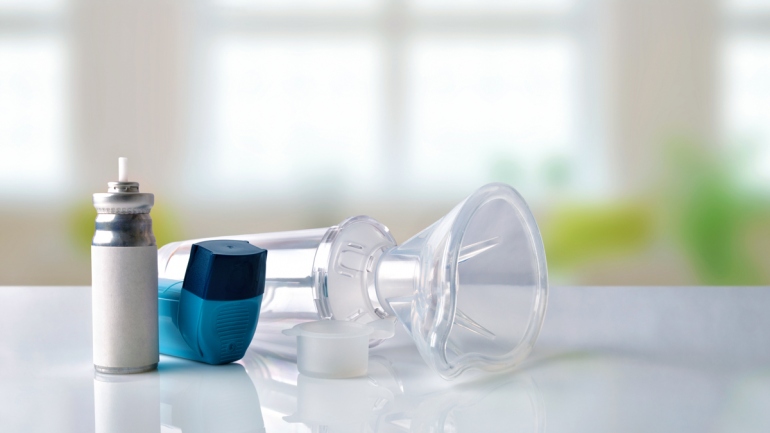 A pilot clinical trial by UCSF Benioff Children’s Hospital Oakland Research Institute (CHORI) researchers has found that targeted nutrient therapy can improve lung function in obese individuals with asthma, without requiring weight loss. The study, published on July 19 in The FASEB Journal, demonstrated that eating two CHORI-Bars daily for eight weeks improved lung function in obese adolescents with a form of asthma that is resistant to usual treatments.

Bruce Ames, PhD, senior scientist at CHORI and senior author of the FASEB paper, along with his colleague Mark Shigenaga, PhD, a co-author and expert in gut health, originated the idea for the CHORI-Bar, a patent-pending supplement bar designed to fill nutritional gaps in poor diets. The bar was developed over a period of 10 years, guided by some 15 small clinical trials, by a team of scientists in Ames’ group at CHORI, in collaboration with the USDA’s Healthy Processed Foods Research Unit.

“The obese are eating the worst diets,” said Ames. “Our group had previously demonstrated that the CHORI-Bar improved metabolic health in obese, otherwise healthy, adults. We wanted to test whether the bar would also benefit people that had been diagnosed with obesity-linked conditions, such as diabetes and hypertension.”

“We chose obese asthma as the first test of this idea for several reasons”, said Joyce McCann, PhD, director of the CHORI-Bar project and co-first author of the paper.” We knew that eating a Mediterranean diet had been shown to protect against asthma, and that the bar composition had some similarities to a Mediterranean diet. In addition, we knew that obese asthma had been shown in some studies to be associated with the same type of metabolic dysregulation that the bar improves. The aim of the study was to find out if consumption of the bar would improve overall metabolic health in obese asthmatics, and secondarily also improve asthma symptoms.”

The nutritional scientists collaborated on the clinical trial with pediatric lung specialists at UCSF Benioff Children’s Hospital Oakland, including co-first author Mustafa Bseikri, MD, who is now with Kaiser Permanente. The team tested the ability of the CHORI-Bar to improve asthma and quality of life in two groups of obese adolescents with poorly controlled asthma. Both groups, totaling 56 participants, attended eight weekly classes that emphasized the importance of healthy eating and exercise, though participants were not required to change their diets. One of the groups also ate two CHORI-Bars each day. The research team measured participants’ lung function and other indicators of metabolic health at the beginning and end of the study. Improvement in lung function occurred only in participants who ate the CHORI-Bar. The researchers said these findings are provocative and point to the need for larger trials.

The study also found that improved lung function only occurred in individuals with a low level of chronic inflammation and was not seen in those with higher levels. The role of chronic inflammation in blunting the positive effects of CHORI-Bar consumption in obese participants was also observed in a 2015 study led by McCann in obese adults, and is a topic for further study.

“While we do not know the mechanism by which the CHORI-Bar is improving lung function, we suspect it may be by strengthening the barrier in the lining of the lung”, said Shigenaga. “This barrier is known to be weakened in asthma, leading to the entry of antigens and inflammation. This parallels the way we think the bar is working at the gut barrier.”

The development of the CHORI-Bar is grounded in the Triage Theory proposed by Ames in 2006. The theory states that when an essential nutrient is modestly deficient, the body directs the nutrient’s limited supply to essential short-term functions, at the expense of those preventing long-term insidious damage which leads to diseases of aging, such as cancer and heart disease. The theory predicts that even a modestly inadequate intake of essential vitamins and minerals (which is very common) can have an adverse effect on bodily functions needed for a long and healthy life.

“This is a tremendous insight, led by a world pioneer in metabolism,” said Thoru Pederson, PhD, Editor-in-Chief of The FASEB Journal.