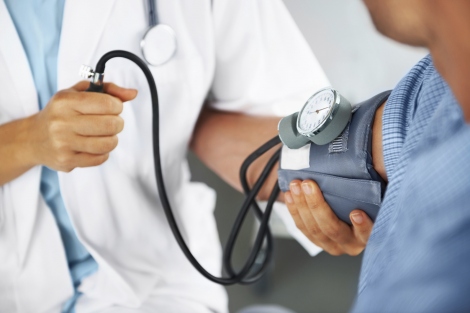 Nearly a third of American adults have high blood pressure, also known as hypertension, putting them at higher risk for heart attacks, strokes, and death. A recent estimate from the Centers for Disease Control reports that high blood pressure—and the many conditions associated with it—contributes to over 400,000 deaths and costs the nation more than $40 billion each year.

Patients can avoid poor health effects by lowering blood pressure with medication and diet, but more than half of all Americans with hypertension don’t have the condition under control.  A few integrated healthcare systems, such as Kaiser Permanente Northern California, have achieved control rates as high as 90 percent in their patients, but this approach has been considered out of reach for the many low-income and minority patients who rely on less well-resourced safety-net settings for care.

According to the new research, published July 12, 2018 in Circulation: Cardiovascular Quality and Outcomes, best practices established in well-resourced healthcare systems like Kaiser Permanente can work in safety-net clinics that serve high-risk populations. Rather than being an afterthought, “this is the population to start with. This is where you’ll get the biggest movement,” said Valy Fontil, MD, MAS, the study’s first author and assistant professor of medicine at UCSF and the Center for Vulnerable Populations.

If implemented across the country, the program could potentially improve blood pressure control in vulnerable populations and, eventually, address racial and socioeconomic disparities in hypertensive-related diseases. “Poor and minority communities are more likely to have high blood pressure, more likely to get high blood pressure early in life, and are less likely to have their blood pressure controlled,” said senior author Kirsten Bibbins-Domingo, PhD, MD, MAS, the Lee Goldman MD endowed chair in medicine and professor and chair of the department of epidemiology and biostatistics.  “We know what works, but we need to adapt our strategies to the communities that need them the most.”

She and Fontil designed the study to investigate the commonly held view that safety-net clinics have what Fontil calls a “ceiling of achievement.”

“People always think that clinics like Kaiser have a lot of money, a lot of resources, and healthy patients: advantages that safety-net clinics don’t have, and so the clinics can’t achieve the same quality of care. I don’t usually believe that,” said Fontil.

To test this idea, Fontil and his fellow researchers set about modifying a treatment program to suit the needs of the patients seen in the San Francisco Health Network (SFHN), 12 clinics run by the San Francisco Department of Public Health. “Let’s learn what works over there,” he said, “and see if we can adapt it here.”

The first step was to develop an internal hypertension patient registry, in order to track blood pressure control. The tracking system was intended to benefit both the doctors monitoring their patients’ health and the patients themselves, allowing appropriate outreach and reminders.

Next the team developed a treatment algorithm adapted for the SFHN.  This algorithm encouraged the use of fixed-dose medications—two or more drugs in one pill—advantageous to their patients, who then require fewer trips to the pharmacy and don’t have to manage as many individual pills. The researchers also adapted their algorithm to account for patients’ potential social instability, which could make close monitoring required for some medications unrealistic; they took into account food insecurity and additional health conditions that could increase side effects from some of the recommended medications.  In addition, the researchers took into account the financial burden imposed on patients whose insurance might not cover certain medications and made sure to only include medications covered by the most common insurers for these patients.

“We took some things out of the doctors’ hands,” explained Fontil, “so that they could concentrate on patient care.”

The team tested the results of this program in one pilot clinic first. When preliminary outcomes looked positive, the team expanded the effort—dubbing the program “Bring it Down San Francisco”—to all 12 of the SFHN clinics. At the pilot site, the researchers saw blood pressure control rise from 68 percent to 74 percent, improving across all racial and ethnic groups surveyed over the course of 24 months; when the other clinics were added to the program, blood pressure control rates rose from 69 percent to 74 percent over 15 months.

“Cardiovascular disease is the most common cause of death in the world and it particularly plagues low-income populations and ethnic minorities. That makes it a great case study for care for chronic diseases like diabetes and kidney disease, for example,” said Fontil. Despite the disadvantages and difficulties faced by safety-net clinics, the data speak for themselves, said Fontil. “We didn’t have a lot of funding for it, and it still worked.”

Bibbins-Domingo is the Vice Dean for Population Health and Health Equity in the UCSF School of Medicine, and co-founded the UCSF Center for Vulnerable Populations at Zuckerberg San Francisco General Hospital.

Funding: This work was supported and funded by the UCSF Center for Vulnerable Populations at the Zuckerberg San Francisco General Hospital, NINDS grant U54NS081760 and supplement to U54NS081760, NIDDK grant K24DK103992 and the Kaiser Permanente Community Benefit Grant - Preventing Heart Attacks and Strokes Every Day.