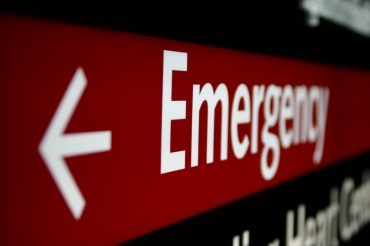 The odds of being a frequent user of California’s emergency departments dropped in the two years following the implementation of major provisions of the Affordable Care Act (ACA) in January 2014, according to a new study led by UC San Francisco.

In a health-records study of nearly 14 million patients who visited a California emergency department (ED) at least once from 2012 to 2015 – involving 24.5 million visits – the researchers found that the odds of being a frequent ED user declined for patients on Medicaid and the uninsured after the ACA implementation.

Overall, 6.6 million patients visited a California emergency department in the two years prior to the ACA and 7.1 million visited an ED in the two years following it. In 2012-2013, nearly 7.9 percent of those, or 522,576 patients, were frequent visitors, commonly defined as those who visit at least four times per year. After Medicaid and other coverage was expanded, those numbers rose to 8.5 percent, or 604,376 patients, in 2014-2015. Frequent users were responsible for 30.7 percent of all visits before the legislation and 31.6 percent after coverage was expanded.

This increase, however, does not account for the fact that many more people were covered by Medicaid over this time period. When the researchers controlled for the increase in Medicaid coverage and other insurance changes, they found that Medicaid and uninsured patients had 0.88 and 0.69 times the odds of being a frequent ED user, respectively, after the ACA implementation (2014-2015), compared to the pre-ACA period (2012-2013). Privately insured patients experienced little change in the frequency of their visits.

The finding suggests that the nation’s largest expansion of health insurance in more than 50 years may have led to improved access to health care services, reducing the need to use emergency departments as a primary source of care, particularly among people served by public insurance programs.

“Our findings do not necessarily suggest that the ACA caused a decrease in frequent emergency department use among Medicaid and uninsured patients, but rather provides evidence that expanded Medicaid coverage might have allowed these patients to access services for serious health conditions outside of the ED,” said senior author Renee Hsia, MD, MSc, a UCSF professor of emergency medicine and health policy and a core faculty member in the UCSF Philip R. Lee Institute for Health Policy Studies.

Frequent use of the emergency department often serves as a marker for poor access to non-emergency medical care. Uninsured frequent ED use also is a significant driver in health care costs.

Before the ACA, nearly 27 percent of California’s total ED patients were uninsured and frequently had the cost of their care written off by hospitals as charity care. After coverage was expanded, that number halved to 13.2 percent. Among frequent users, uninsured patients represented 29 percent of the total before the ACA and only 8.3 percent after, as Medicaid coverage of the frequent-user population expanded from 44.6 percent to 67.6 percent.

The study is published in Health Affairs.

Most studies of frequent ED use were conducted before 2014, when several major provisions of the ACA were implemented. Under the legislation, some 20 million adults gained health insurance coverage, primarily through expansion of Medicaid eligibility, as well as new insurance marketplaces and subsidies.

In 2017, there were 29.3 million people nationally without health insurance, down from 48.6 million in 2010, according to the Centers for Disease Control and Prevention.

The new study controlled for factors such as health status, primary insurance coverage sources and counties of residence. In addition to insurance coverage, other patient characteristics – including race or ethnicity and health condition – were significantly associated with frequent ED use during the study period, the researchers found. Diagnoses of a mental health condition or substance use disorder were the largest predictors of frequent ED use, with mentally ill patients having at least twice the odds. Non-Hispanic blacks also had 1.27 times the odds than non-Hispanic whites to be a frequent ED user.

The first author of the study is Shannon McConville, MPP, a senior research associate at the Public Policy Institute of California. The other authors are Maria C. Raven, MD, MPH, an assistant professor in the UCSF Department of Emergency Medicine and an affiliated faculty member at the Philip R. Lee Institute for Health Policy Studies at UCSF; and Sarah H. Sabbagh, MPH, a health policy research associate in the UCSF Department of Emergency Medicine.