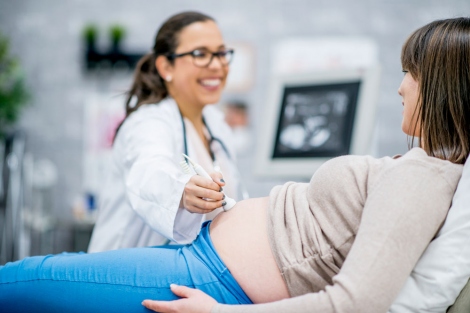 Scientists at UC San Francisco have developed a test to predict a woman’s risk of preterm birth when she is between 15 and 20 weeks pregnant, which may enable doctors to treat them early and thereby prevent severe complications later in the pregnancy.

Preterm birth is the leading cause of death for children under five in the United States, and rates are increasing both in the U.S. and around the world. It is often associated with inflammation and has many potential causes, including an acute infection in the mother, exposure to environmental toxins, or chronic conditions like hypertension and diabetes.

The new test screens for 25 biomarkers of inflammation and immune system activation, as well as for levels of proteins that are important for placenta development. Combined with information on other risk factors, such as the mother’s age and income, the test can predict whether a woman is at risk for preterm birth with more than 80 percent accuracy. In the highest risk pregnancies—preterm births occurring before 32 weeks or in women with preeclampsia, a potentially fatal pregnancy complication marked by high blood pressure in the mother—the test predicted nearly 90 percent of cases.

In the study, published Thursday, May 24, 2018, in the Journal of Perinatology, the researchers built a comprehensive test that would capture both spontaneous preterm births, which occurs when the amniotic sac breaks or contractions begin spontaneously, and “indicated” preterm birth, in which a physician induces labor or performs a cesarean section because the health of the mother or baby is in jeopardy. The researchers also wanted to be able to identify risk for preeclampsia, which is not included in current tests for preterm birth.

“There are multifactorial causes of preterm birth, and that’s why we felt like we needed to build a model that took into account multiple biological pathways,” said first author Laura Jelliffe-Pawlowski, PhD, director of Precision Health and Discovery with the UCSF California Preterm Birth Initiative and associate professor of epidemiology and biostatistics at UCSF. “The model works especially well for early preterm births and preeclampsia, which suggests that we're effectively capturing severe types of preterm birth.”

The researchers developed the screen using blood samples taken from 400 women as part of routine prenatal care during the second trimester, comparing women who went on to give birth before 32 weeks, between 32 and 36 weeks, and after 38 weeks (full-term). The researchers first tested the samples for more than 60 different immune and growth factors, ultimately narrowing the test down to 25 factors that together could help predict risk for preterm birth. When other data, including whether or not the mother was over 34 years old or if she qualified as low income (indicated by Medicaid eligibility), improved the accuracy of the test by an additional 6 percent.

Researchers said the test could help prevent some cases of preterm birth. Based on a woman’s probability of preterm birth derived by the test, she could discuss with her clinician how best to follow-up and try to lower her risk. Some cases of preterm birth, including those caused by preeclampsia, can be prevented or delayed by taking aspirin, but treatment is most helpful if started before 16 weeks. Physicians could also evaluate high-risk women for underlying infections that may have gone undetected but could be treated. For others, close monitoring by their doctor could help flag early signs of labor like cervical shortening that can be staved off with progesterone treatment.

“We hope that this test could lead to more education and counseling of women about their level of risk so that they know about preterm birth and know what preeclampsia or early signs of labor look like,” said Jelliffe-Pawlowski. “If we can get women to the hospital as soon as possible, even if they’ve gone into labor, we can use medications to stave off contractions. This might give her some additional days before she delivers, which can be really important for the baby.”

A test for preterm birth is currently available, but it is expensive and only screens for spontaneous preterm birth, not for signs that could lead to indicated preterm births or for preeclampsia. Jelliffe-Pawlowski said that the new screen would likely be a fraction of the cost, making it more accessible to women who need it the most.

“One of the reasons we’re most excited about this test is that we see some potential for it addressing preterm birth in those most at risk, including low-income women, women of color, and women living in low-income countries,” she said. “We want to make sure that we're developing something that has the potential to help all women, including those most in need.”

Other authors on the study were Larry Rand, Scott Oltman, and Mary Norton of UCSF; Bruce Bedell, Jeffrey Murray, and Kelli Ryckman of the University of Iowa; Rebecca Baer of UC San Diego; and Gary Shaw and David Stevenson of Stanford University.