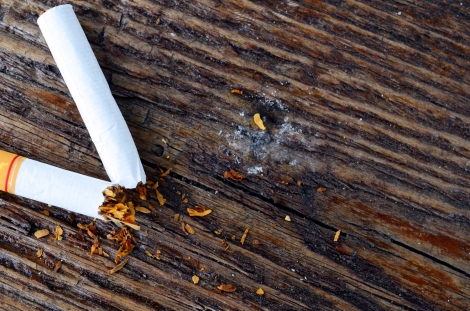 The tobacco industry manipulated the renowned children’s rights agency UNICEF for more than a dozen years, from 2003 until at least 2016, during which time UNICEF’s focus on children’s rights to a tobacco-free life was reduced, according to previously secret documents uncovered by UC San Francisco.

The research appears April 30 in Pediatrics, the journal of the American Academy of Pediatrics.

The humanitarian United Nations Children’s Fund (UNICEF) had formed an early collaboration with the World Health Organization to reduce tobacco use among youth and had backed the international Convention on the Rights of the Child of 1989, which established civil, political, economic, health and other protections, and has been accepted by every United Nations member except the United States. The researchers report that, as part of tobacco companies’ strategies to improve their corporate images, the industry “successfully engaged” with the children’s agency leading to less emphasis by UNICEF on tobacco control.

“UNICEF allowed itself to be manipulated by the tobacco industry,” said author Stella A. Bialous, DrPH, RN, an associate professor in the UCSF School of Nursing and longtime tobacco control expert whose research focuses on the WHO Framework Convention on Tobacco Control.

UNICEF, a 70-year-old organization established by the United Nations that is currently active in some 190 countries around the world, focuses on the rights of children worldwide.

In their research, the authors delved into documents from the Truth Tobacco Documents library, an online collection housed at UCSF of previously secret tobacco-industry documents produced mainly through litigation against tobacco companies. Additional information was garnered online, from UNICEF’s and tobacco industry websites.

According to the paper, the tobacco companies saw UNICEF as holding substantial power and influence worldwide, and stressed that it should be “monitored closely.” For example, a 1998 document noted the “potential opportunity and complication” inherent in children’s rights and discussed how tobacco control advocates could “exploit” provisions in the Convention on the Rights of the Children, adopted by the United Nations in 1989.

The paper describes a shift for UNICEF starting in the early 2000s.

Before then, UNICEF carried a strong role in tobacco control, viewing it as essential to children’s rights, and called for tobacco advertising bans, raising tobacco taxes, and health education and initiated joint youth smoking prevention projects with the WHO (World Health Organization), the researchers said. In fact, WHO and UNICEF published a joint report in 2001 on tobacco and children’s rights that emphasized the need to protect children from starting to smoke, from secondhand smoke exposure, from tobacco marketing and child labor on tobacco farms.

But after that, according to the new report, the tobacco industry began engaging with UNICEF “in an attempt to neutralize” UNICEF’s anti-tobacco advocacy. The results: UNICEF embarked on a much lower profile in tobacco control and proactively engaged in support of tobacco industry public relations initiatives. For example:

“After the tobacco companies successfully infiltrated UNICEF, it muted the agency’s efforts to protect kids from Big Tobacco,” said senior author Stanton Glantz, PhD, UCSF professor of medicine and director of the UCSF Center for Tobacco Control Research and Education (CTCRE). He is also with the Philip R. Lee Institute for Health Policy Studies.

The first author of the paper is Yvette van der Eijk, PhD, a postdoctoral fellow in the CTCRE at UCSF. Both Bialous and Glantz are members of the UCSF Helen Diller Family Comprehensive Cancer Center. Glantz and van der Eijk are funded by the National Institutes of Health National Cancer Institute (grant R01CA087472). Bialous is partially funded by the University of California’s Tobacco-Related Disease Research Program’s Mackay California-Pacific Rim Tobacco Policy Scholar Award.