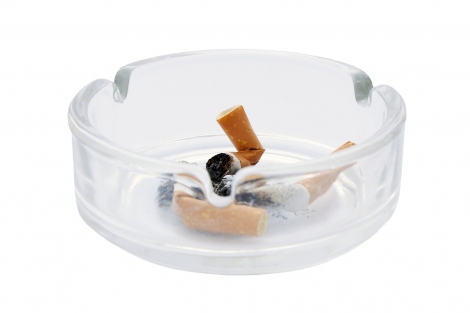 Despite the proven efficacy of smoking cessation medications, some doctors hesitate to prescribe them because of suspected side effects such as heart attack and stroke.

A new, large-scale study led by UC San Francisco may help allay these concerns. It found that these therapies do not increase the risk of serious cardiovascular events during or after treatment, further supporting their use in helping smokers break the habit and reduce disease and early death.

“This study finds that in the general population of smokers, the benefit of improved cardiovascular health from pharmacotherapy-assisted smoking cessation exceeds any risk of medication-induced cardiovascular harm.” said lead author Neal Benowitz, MD, professor of medicine and chief of clinical pharmacology at UCSF.

The study was published online April 9 in JAMA Internal Medicine.

Cigarette smoking is associated with a greater risk of heart attack, stroke, vascular disease, atrial fibrillation, sudden death and worsening heart failure, and according to the CDC, nearly seven out of 10 smokers reported a desire to quit.

National guidelines recommend smoking cessation pharmacotherapy for smokers trying to quit, with options including the drugs varenicline, bupropion or the nicotine replacement therapy patch. A review by the US Department of Health and Human Services found that using one of these methods approximately doubles the likelihood of a smoker’s long-term abstinence from tobacco compared with placebo.

But many clinicians remain hesitant to prescribe these drugs because of potential cardiovascular harm. There were initial concerns, though now dispelled, on the risk of heart attack if a person smoked while wearing a nicotine patch. Bupropion can increase blood pressure, and there have been mixed findings on varenicline and cardiovascular event risk.

In the new study, Benowitz and his colleagues sought to compare the cardiovascular safety of three popular smoking cessation therapies: bupropion, varenicline, and nicotine patch. In the largest study of its kind, they conducted a double-blind, randomized trial at 140 sites in 16 countries between November 2011 and January 2015 called the Evaluating Adverse Events in a Global Smoking Cessation Study (EAGLES). The 8,058 participants, ages 18-75 and who smoked 10 or more cigarettes per day, received either varenicline twice daily, bupropion twice daily, daily nicotine replacement therapy patch, or a placebo for 12 weeks, followed by 12 weeks of non-treatment monitoring. A subset of 4,595 participants had 28 additional weeks of monitoring. The main end point was time to development of a major adverse cardiovascular event, such as death, heart attack or stroke.

In fact, Benowitz says, “Quitting smoking is arguably the most important action a smoker can take to reduce the risk of cardiovascular disease.”