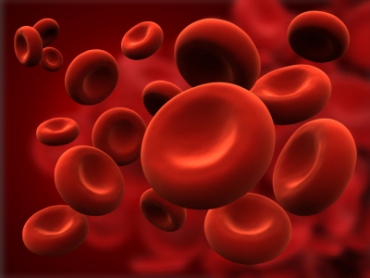 The use of newer blood-thinners for patients at risk of stroke may lead to two fewer days in the hospital for those who experience complications, with the same survival rate as the older drug warfarin, according to a data study by researchers at UC San Francisco.

If validated by clinical studies, the finding could save patients added discomfort and potential complications, as well as the significant expense of extended hospital stays.

The study – which examined insurance claims data for more than 3,000 patients who were at risk for stroke due to atrial fibrillation, treated with anticoagulants, and later admitted to a hospital for bleeding – calls into question the current medical belief that the older drug is safer. The study appears online March 28, 2018, in PLOS ONE.

“As the newer drugs cannot be monitored and their effect cannot easily be reversed, many have speculated that bleeding on these newer drugs would be more dangerous than bleeding on warfarin,” said lead author Blake Charlton, MD, a UCSF cardiology clinical fellow. “We found this was not the case, as there were no significant differences in mortality among the groups.”

However, because patients treated with these newer anticoagulants typically are younger and healthier, which may explain the difference in hospitalization rates, the researchers emphasized the importance of randomized trials to validate the results.

Little is known about the outcomes of bleeding complications during anticoagulant therapy with warfarin in comparison to the newer drugs dabigatran and rivaroxaban, which thin blood more rapidly, but are not easily reversible.

In the PLOS ONE study, Charlton and his colleagues at UCSF and HealthCore, an outcomes research company, used the HealthCore Integrated Research Environment database, which includes claims data for about 38 million members of large commercial health plans in 14 states. They examined data from November 2010 through March 2014 for 3,144 adult atrial fibrillation patients who were hospitalized for bleeding after starting warfarin (2,446 patients), dabigatran (442 patients) or rivaroxaban (256 patients).

The study measured length of hospital stay, admission and length of stay in an Intensive Care Unit (ICU), and 30-day and 90-day mortality, as well as several other factors or co-morbidities, such as advanced age and chronic kidney disease. They found no significant differences in 30-day and 90-day all-cause mortality, but found that bleeding during warfarin therapy resulted in longer hospital stays.

With hospital stays costing roughly $2,000 per day, according to Becker’s Hospital CFO Report, and ICUs costing twice that or more, the finding could help reduce health care costs by millions of dollars per year, the researchers said.

“Patients, physicians and hospital systems all prefer shorter lengths of stay whenever possible,” said senior author Rita Redberg, MD, MSc, UCSF Health cardiologist and UCSF professor of medicine. “However, the newer agents have much higher 30-day costs than warfarin, and not all patients with atrial fibrillation, such as those with mechanical cardiac valves, will benefit from treatment with them.”

Charlton noted that while warfarin is more easily reversed, that may not offer patients a true advantage, as clinicians may not recognize the need for reversal soon enough to change outcomes, or it may be clinically meaningful only in subgroups such as major trauma, which was not studied.