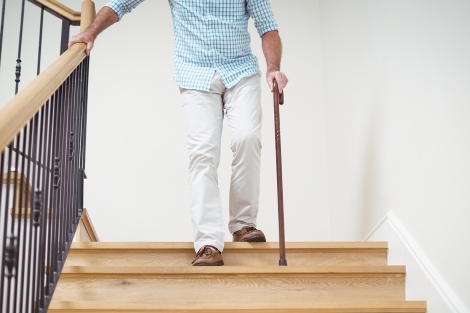 A study of patients with early Parkinson’s disease found that groups with lower levels of vitamin B12 faced on average a more rapid acceleration of both motor and cognitive symptoms, which slowed in some cases after taking a daily multivitamin.

In the two-year study, blood levels of vitamin B12 were tested in 680 patients who had recently been diagnosed with Parkinson’s. Researchers led by first author Chadwick Christine, MD, a neurologist with the UCSF Weill Institute for Neurosciences, also assessed patients’ gait and mobility, ability to perform activities of daily living, cognition and symptoms of depression.

“Our findings demonstrate that low B12 levels are associated with greater walking and balance problems, possibly due to the known effect of B12 deficiency on the central and peripheral nervous systems,” said Christine. “Alternatively, low B12 may have a direct effect on the progression of Parkinson’s disease, or it may be a marker of an unknown associated factor, perhaps correlating with another aspect of the disease or nutritional status.”

The study was published March 6, 2018, in the “early view” version of the journal Movement Disorders.

Parkinson’s affects more than 1 million people in North America, most typically after age 60, according to the National Institutes of Health. It is a progressive disorder of the nervous system that primarily impacts balance and movement. At five years following diagnosis, approximately 50 percent of patients also experience cognitive decline.

Deficiencies of B12, which are more common in people with Parkinson’s than the age-matched general population, are associated with weakness, tiredness, numbness, tingling and walking difficulties – symptoms that are found in Parkinson’s disease.

Higher B12 Translates to Less Disability

Using patient data and archived blood samples from a prior study, known as DATATOP, the researchers divided three groups of 200-plus patients according to their levels of vitamin B12 at the beginning of the study. They found that over time, symptoms in those from the lower-level group developed more rapidly than in those in the higher bracket. Average annualized changes from preliminary testing for walking capacity were ranked at 1.53 for the group with lowest B12 levels, 0.83 for the middle group and 0.77 for the higher cohort, demonstrating twice the rate of progression between the groups with the lowest and highest B12 levels.

Additionally, researchers tested patients’ blood levels of homocysteine, an amino acid that may be elevated in people with lower B12, and compared the levels to patients’ results from the Mini Mental State Examination, a test that measures cognitive skills. The group with higher homocysteine levels, and thus lower B12, was found to decline by an annualized average of 1.96 points, versus a modest improvement (0.06 points) in those with lower homocysteine.

Patients were eligible for the study if they had not started treatment for Parkinson’s and if they had not been taking a vitamin supplement of greater strength than a standard daily multivitamin (containing up to 6 mcg of B12), in the month before the start of the study. The study endpoint was disease progression to a degree indicating readiness for levodopa, standard Parkinson’s therapy that over time becomes less effective.

After preliminary testing, patients were offered the option of taking a daily multivitamin. Close to 50 percent of participants were found to have higher B12 on subsequent testing, suggesting that many took the supplement or improved their diets. For those patients who remained in a lower B12 level – suggesting they may not have started supplements – their annualized average increase of disability was 14.4 on the Unified Parkinson’s Disease Rating Scale (UPDRS), a test that assesses activities of daily life, motor skills, behavior and mood. In contrast, for the group whose B12 levels began low but improved during the study, their average increase in the UPDRS score was 10, showing less disability.

“Our results suggest that the measurement of B12 levels early in Parkinson’s may be beneficial,” said Christine. “If levels are at the low end of normal, supplementation to get the level into the middle or upper end of the normal range may slow development of symptoms. But because we don’t know the impact of B12 on Parkinson’s disease, future studies are needed to determine if supplementing will change the disease trajectory.”

The study was supported by funding from the Michael J. Fox Foundation and from gifts from the Ko and Tsu family, and William and Mary Ann S. Margaretten.

The senior author is Ralph Green, MD, PhD, of UC Davis, an international expert in vitamin B12, whose laboratory conducted the B12 and other biochemical measurements. Co-researchers are Peggy Auinger of the University of Rochester, N.Y., Amelia Joslin, Yuora Yelpaala, also of UC Davis, and the Parkinson’s Study Group – DATATOP investigators.