Adding another chapter to the unfolding story of flame-retardant chemicals and their lasting legacy on the environment and human health, a UC San Francisco research team has found that while banning these chemicals initially led to a reduction in exposure, a disturbing trend is emerging of exposure leveling off or even rising again.

Tracey Woodruff, PhD, MPH, who directs the UCSF Program on Reproductive Health and the Environment, has been collaborating with clinicians at Zuckerberg San Francisco General Hospital (ZSFG) since 2008 to follow pregnant women and measure blood levels of polybrominated diphenyl ethers (PBDEs). These flame retardant chemicals were added to upholstered furniture, carpet padding, insulation and many electronics beginning in the mid-1970s to reduce ignition and spread of fires.

In 2003, California became the first state to ban these chemicals, although one type of PBDE was in use until 2013. In a previous study, Woodruff found the highest levels of PBDEs ever reported among pregnant women worldwide. In another study she found that once California outlawed the chemicals, there was a corresponding drop in blood levels of pregnant patients at ZSFG.

Her team, which includes researchers from the California Department of Toxic Substances Control and George Washington University, found that PBDE levels in pregnant women did not continue to decrease following the initial drop subsequent to the phase out. The study will be reported in the March 2018 issue of Chemosphere.

“We saw an initial benefit from the regulation but that that benefit is disappearing,” said Woodruff, professor in the Department of Obstetrics, Gynecology, and Reproductive Sciences and a member of the Philip R. Lee Institute for Health Policy Studies.

Rather than being chemically bonded to products, these flame retardants are mixed in, so they readily leach out into the air and migrate into the environment. Studies have found dangerously high levels in fish, dairy and meat products and house dust – and also in people’s blood, women’s breast milk and umbilical cord blood of newborns.

The U.S. Environmental Protection Agency documents that these chemicals may cause toxicity to the liver, thyroid and nervous system – effects that may be magnified in babies or if a fetus is exposed to them in utero. Woodruff recently published evidence that higher levels of exposure to flame retardants in pregnant women damages their children’s intelligence.

“What was really interesting was that the levels of these chemicals dropped quickly following phase-outs and bans,” she said.  “It is a reminder that policies and regulations can influence our exposures and our health.”

However, she cautioned, despite the positive changes seen with the bans on PBDE flame retardants, her new study is a reminder that there is still plenty about these chemicals to warrant continued concern. 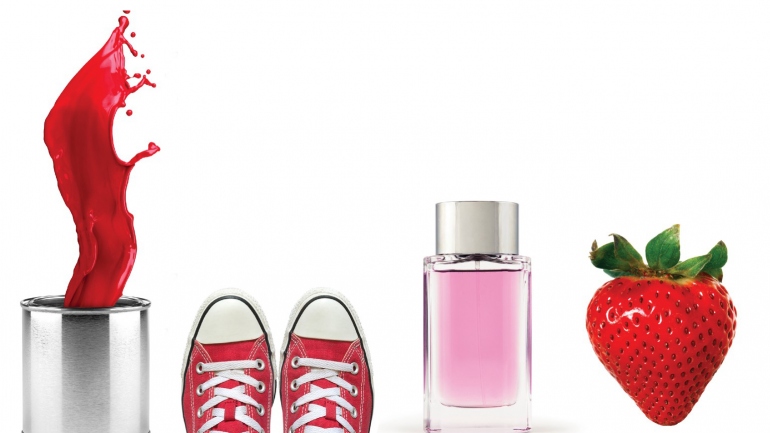 Are the Chemicals We Encounter Every Day Making Us Sick?

Tracey Woodruff is concerned by the concurrent rise in many health conditions, like certain cancers or childhood diseases, and the fact that the environment is likely to play a role in those conditions.

“Putting these types of chemicals out into the environment are a lot like opening Pandora’s box: They are really hard to get back,” said Woodruff. “The plateau effect we are seeing also reminds us to consider the effects of other chemicals in the environment.”

The data make sense, she said, because nearly everyone is continuing to be exposed to the chemicals even long after the bans, both from decades-long persistence in the environment and the food chain, and from old furnishings and electronics that continue to release them.

Although California has changed its regulatory standards so that PBDEs aren’t necessary in upholstered furniture any longer, the chemicals are still in use for other applications. Additionally, substituted flame retardant chemicals may also have harmful effects.

In support of minimizing exposure to PBDEs, she lauded the recently passed San Francisco law that bans the sale of all flame retardant chemicals in upholstered furniture in the city, including online. She noted that combining the right cover fabrics and barrier materials can provide fire safety protections. “Applying technology solutions will create a win-win situation for the consumer,” she said.

Woodruff, who used to work for EPA as a senior scientist and policy adviser, continues to evaluate exposure long-lasting toxic chemicals in support of policy change. She has expanded her inquiry into some of the flame retardants that have replaced the banned ones, and posts updates about chemicals persisting in the environment and food chain in a blog for the UCSF Program on Reproductive Health and the Environment.

“The bottom line is that it is great to ban these toxic chemicals – but these kinds of persistent, toxic chemicals shouldn’t be let out in the first place,” she said. “We have to ask that our government doesn’t keep repeating this mistake of letting these chemicals into the marketplace and harming our health. It’s a legacy that is difficult to overcome.”