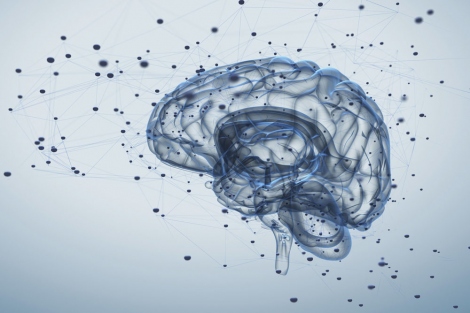 It’s a fact of life, for lifeforms big and small, that the mind declines with age. Now researchers at UC San Francisco have identified the buildup of one brain chemical as a key culprit behind age-related learning and memory impairments. Tuning levels of this chemical in the worm C. elegans, they could delay and even reverse the declines of old age.

For C. elegans, a tiny worm that lives only about two weeks, old age and its handicaps come fast – which makes them a convenient model for studying aging. A seven-day old worm has only five percent of the learning capacity of a one-day old worm.

“You look at a person, a fly, a mouse, and a worm. They all look very different from each other, of course. But the amazing thing is the basic building blocks turn out to be the same,” said Kaveh Ashrafi, PhD, a professor of physiology and member of the UCSF Weill Institute for Neurosciences, who led the new research.

In both C. elegans and humans, the chemical kynurenic acid (KYNA) accumulates with age. As it builds up, KYNA interferes with the activity of glutamate, a brain chemical essential for learning and memory. In humans, it has previously been linked to neurodegenerative disorders, including Alzheimer’s and Parkinson’s disease.

In the study published Jan. 31, 2018, in Genes and Development, researchers looked at the effect of KYNA on the worms’ ability to learn an association between a neutral smell and food.

The researchers found that by keeping KYNA levels low throughout the worm’s life, they could prevent the onset of age-related decline – the worms kept learning. In older worms already impaired, lowering KYNA levels could counteract the impairments – raising hope that interventions later in life may be effective in reversing neurological decline.

The reason that KYNA increases with age is still a mystery, but the new study offers an intriguing hint, by linking KYNA buildup in aging worms to elevated levels of insulin, a hormone that controls blood sugar in both worms and humans. In contrast, earlier experiments by Ashrafi’s team had found that fasting, which has been linked to longevity, reduced levels of KYNA in worms and improved learning and memory.

Ashrafi thinks that KYNA is the linchpin through which fasting makes the brain better at learning, while aging makes it worse. “These are two sides of the same coin,” he said.