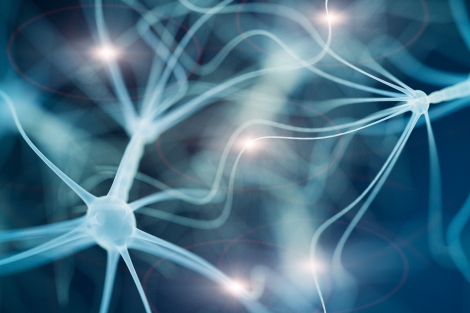 UC San Francisco neurologists have discovered monthly cycles of brain activity linked to seizures in patients with epilepsy. The finding, published online Jan. 8 in Nature Communications, suggests it may soon be possible for clinicians to identify when patients are at highest risk for seizures, allowing patients to plan around these brief but potentially dangerous events.

"One of the most disabling aspects of having epilepsy is the seeming randomness of seizures,” said study senior author Vikram Rao, MD, PhD, an assistant professor of neurology at UCSF and member of the UCSF Weill Institute for Neurosciences. “If your neurologist can’t tell you if your next seizure is a minute from now or a year from now, you live your life in a state of constant uncertainty, like walking on eggshells. The exciting thing here is that we may soon be able to empower patients by letting them know when they are at high risk and when they can worry less."

Epilepsy is a chronic disease characterized by recurrent seizures – brief storms of electrical activity in the brain that can cause convulsions, hallucinations, or loss of consciousness. Epilepsy researchers around the world have been working for decades to identify patterns of electrical activity in the brain that signal an oncoming seizure, but with limited success. In part, Rao says, this is because technology has limited the field to recording brain activity for days to weeks at most, and in artificial inpatient settings.

At UCSF Rao has pioneered the use of an implanted brain stimulation device that can quickly halt seizures by precisely stimulating a patient’s brain as a seizure begins. This device, called the NeuroPace RNS® System, has also made it possible for Rao’s team to record seizure-related brain activity for many months or even years in patients as they go about their normal lives. Using this data, the researchers have begun to show that seizures are less random than they appear. They have identified patterns of electrical discharges in the brain that they term “brain irritability” that are associated with higher likelihood of having a seizure.

The new study, based on recordings from the brains of 37 patients fitted with NeuroPace implants, confirmed previous clinical and research observations of daily cycles in patients’ seizure risk, explaining why many patients tend to experience seizures at the same time of day. But the study also revealed that brain irritability rises and falls in much longer cycles lasting weeks or even months, and that seizures are more likely to occur during the rising phase of these longer cycles, just before the peak. The lengths of these long cycles differ from person to person but are highly stable over many years in individual patients, the researchers found.

The researchers show in the paper that when the highest-risk parts of a patient’s daily and long-term cycles of brain irritability overlap, seizures are nearly seven times more likely to occur than when the two cycles are mismatched.

Rao’s team is now using this data to develop a new approach to forecasting patients’ seizure risk, which could allow patients to avoid potentially dangerous activities such as swimming or driving when their seizure risk is highest, and to potentially take steps (such as additional medication doses) to reduce their seizure risk, similar to how people with asthma know to take extra care to bring their inhalers when pollen levels are high.

“I like to compare it to a weather forecast,” Rao said. “In the past, the field has focused on predicting the exact moment a seizure will occur, which is like predicting when lightning will strike. That’s pretty hard. It may be more useful to be able tell people there is a 5 percent chance of a thunderstorm this week, but a 90 percent chance next week. That kind of information lets you prepare."

Maxime Baud, MD, PhD, a former UCSF neurology resident, is first author on the new paper.  Baud is now an epileptologist at the University of Bern, University Hospital Geneva, and Wyss Center for Bio and Neuroengineering in Geneva, Switzerland. Additional authors are Jonathan K. Kleen, MD, PhD, and Edward F. Chang, MD, of UCSF; Emily A. Mirro of NeuroPace, Inc. in Mountain View; Jason C. Andrechak of the University of Delaware; and David King-Stephens, MD, of California Pacific Medical Center in San Francisco.