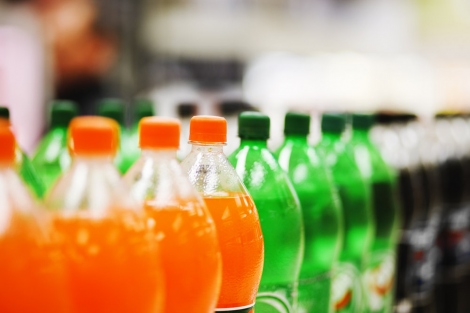 Consumption of sugar-sweetened beverages by children between 2 and 3 years of age has been linked to shorter telomeres in a new, preliminary study by researchers from UC San Francisco. The study raises concerns, the researchers say, that if this early-life exposure affects the length of telomeres — the protective end caps for DNA within cells’ chromosomes — it may also affect risk for chronic illnesses later in life.

Telomeres shorten with age, which has been associated in some adult studies with metabolic and inflammatory diseases, including heart disease, type 2 diabetes, liver cirrhosis and ulcerative colitis.

Research has shown that the length of telomeres typically shortens fastest in the first years of life, but it is unknown whether this is associated with chronic disease risks, according to Janet Wojcicki, PhD, associate professor in the UCSF Department of Pediatrics and the lead author of the study, publishing online in the journal Childhood Obesity on Nov. 17, 2017.

In the study, the UCSF researchers measured telomere length in white blood cells from 61 Latino children who consumed beverages like soda, sweetened juices and Kool-Aid. They were measured by a method called qPCR, which compares the ratio of the abundance of telomeres versus the abundance of a single copy gene (t/s ratio). This measure represents the average telomere length in a population of cells. Measurements were made in infancy and repeated during the the preschool years.

Researchers found the value of the t/s ratio used to gauge telomere length averaged 1.58. Each serving per month of a sugar-sweetened beverage was associated with a t/s ratio that was approximately 0.009 less than the average, indicating a correspondingly shorter telomere length.

“Even at relatively low levels of sugared-beverage consumption, we found that how often these young children drank sugar-sweetened beverages was associated with telomere length, mirroring the relationship that has been found in some studies of adults,” Wojcicki said.

The majority of children in the current study (62 percent) were consuming sodas by age 2 to 3, with the average number of servings being approximately five to six per month.

The association of higher sugar-sweetened beverage consumption with telomere length was greater among non-obese children in the study, Wojcicki said, noting that it is possible that young children who were obese had already reached a threshold of damage from exposure to increased inflammation. Wojcicki is interested in exploring if there are unhealthy metabolic changes that occur before the development of obesity.

Latino children are at risk of becoming obese and developing metabolic disease. A study published in October in the New England Journal of Medicine concluded that Type 2 diabetes among Latino children ages 10 to 19 increased more than 3 percent per year from 2003 to 2012.

“This is a high-risk community, with a lot of metabolic disease and obesity,” Wojcicki said. “Some of the negative impacts of soda consumption might be happening early, whether or not the eventual clinical outcomes are apparent.”

In earlier studies of Latino children, Wojcicki and colleagues found that high levels of sugar-sweetened soda consumption at 3 years of age was linked to more rapid shortening of telomeres at ages 4 or 5, and that children whose mothers drank fewer sugar-sweetened beverages during pregnancy had longer telomeres, as did the children of mothers who breastfed.

“We really need a stronger push to understand how exposures during the mother’s pregnancy and immediately after birth impact health throughout life,” Wojcicki said.

The study was funded by the Allen Foundation, Marc and Lynne Benioff, the Hellman Family Foundation and the National Institutes of Health (NIDDK 097458; 080825).