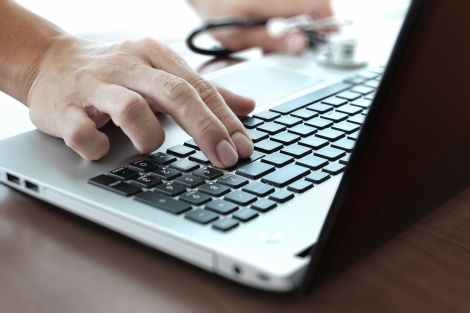 U.S. hospitals are making slow progress in ensuring that their providers have access to and use patients’ complete electronic health records when those patients have also received care from outside providers, according to a new study in Health Affairs.

In 2015, less than a third (29.7 percent) of hospitals had achieved at least some proficiency on measures of “interoperability,” the term for electronic access to and integration of data from different providers. That was only a slight increase from the year before, when this measure stood at 24.5 percent.

“I would have thought we’d see more movement in these measures, because electronic health records have been widely adopted for several years,” said Julia Adler-Milstein, PhD, an associate professor in the Department of Medicine and the Philip R. Lee Institute for Health Policy Studies at UCSF and senior author of the study, published Oct. 2, 2017.

The data come from member surveys by the American Hospital Association, and the domains that the researchers used to measure the hospitals’ progress – finding, sending, receiving, and integrating electronic patient information from outside providers – were determined by the Office of the National Coordinator for Health Information Technology (ONC), which has identified interoperability as a top priority. The study analyzed data from 2,636 hospitals that responded to the IT Supplement of the AHA Annual Survey in 2014 and 2015. It also looked at a cross-sectional sample of the 3,538 hospitals that responded to the 2015 IT Supplement, which included new questions about how often hospitals used electronic patient data from outside sources. This survey showed that less than a fifth (18.7 percent) of hospitals reported often using the data.

The Health Information Technology for Economic and Clinical Health (HITECH) Act of 2009 authorized $30 billion to help hospitals and ambulatory providers adopt electronic health records, and the AHA estimates that hospitals at least doubled that amount with their own IT spending. An array of policies, including last year’s 21st Century Cures Act, encourage data sharing to ensure that providers have access to digital patient information from outside of their own organization, and the ONC has declared a goal of achieving “widespread interoperability” by 2018.

But the slow progress reported in the new study raises the question of whether much of the progress on interoperability we are likely to see in the near term has already come about, as early-adopter hospitals used resources or expertise to ensure that data from outside records is accessible and clinically useful. The study revealed many barriers to using the information, including potential “information overload” for clinicians attempting to make use of data from outside records, which likely explain why many hospitals are moving slowly.

The study found that hospitals across the country have focused primarily on moving electronic health records from one institution to another, rather than integrating relevant subsets of information – for example, clinical notes, lab tests and other patient information – in ways that would allow clinicians to easily learn what they need to know without having to read through a patient’s entire record.

“At the most fundamental level, interoperability and clinician use of outside records is about whether your doctor has access to the information she needs,” Adler-Milstein said. “So, when we know that less than half of hospitals can do that, it’s terrifying.”

Looking at a year’s worth of data from the larger sample of hospitals who responded to the survey in 2015, the study found that 43 percent reported that outside patient information was available electronically when necessary, but more than one-third reported that they rarely or never used it. The most common barrier these hospitals reported to using outside information was that their clinicians could not see it embedded into their own system’s electronic health record.

The study noted a few bright spots that reflect new ways of delivering care. The patient-centered “medical home” model, which aims to foster the use of primary care and encourages the use of patient data to manage health at the population level – for example, by tracking and following up on lab results and identifying those who use the health care system frequently – was associated with a higher likelihood that the hospital had outside electronic medical records available and that they were being used by clinicians.

But, Adler-Milstein said, that for progress to continue, hospitals may need even more encouragement to improve their systems.