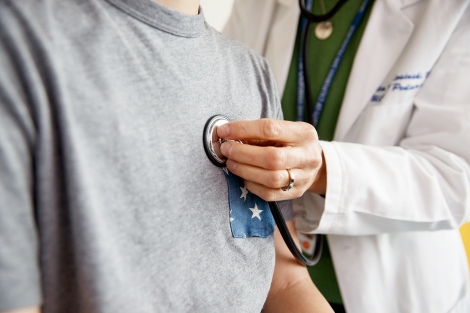 People with serious mental illness, such as bipolar disease and schizophrenia, die on average 25 years earlier than their peers. A common cause of death is heart disease that frequently develops unchecked due to lack of preventive care.

In her study published in the journal Psychiatry Online on Sept. 1, 2017, Mangurian calculated that it would cost $74 per patient, per year, to test for and treat common illnesses that put people at risk for heart disease.

“People with serious mental health illness use primary care far less than the general population, but more than half of them regularly access community health services,” she said.

Mangurian and colleagues calculated the cost of an integrated care model by factoring in hourly salaries to cover staffing an existing San Francisco mental health clinic serving 544 patients. The new staff needed for this integrated model would be a remote primary care provider (ePCP) and a peer navigator. The ePCP could advise on medications and lab abnormalities, and the management of diabetes, high blood pressure and high cholesterol.

“The costs associated with treating cardiometabolic disorders are much higher than the costs of preventing them,” Mangurian said. “An estimated 20 percent of U.S. adults with serious mental illness have diabetes, but 70 percent are not screened. This model represents a financially feasible means of avoiding very high downstream costs.”