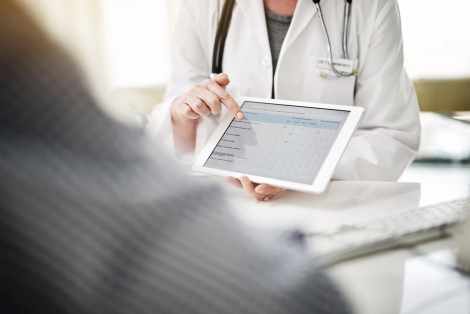 UC San Francisco and Zuckerberg San Francisco General Hospital (ZSFG) aim to help address the dearth of medical research addressing sexual or gender minorities through an ambitious national program to collect data that could help to answer the most basic questions about their health.

The San Francisco General Hospital Foundation has been awarded $1.62 million to develop a national network to engage sexual and gender minorities across the country as part of the All of Us Research Program.

This effort will be led by the PRIDEnet team – co-directed by Mitchell R. Lunn, MD, MAS, assistant professor of medicine – which has extensive experience engaging sexual and gender minority communities in research. The effort will be coordinated through the UCSF Center for Vulnerable Populations, at ZSFG, directed by Kirsten Bibbins-Domingo, PhD, MD, MAS.

The All of Us Research Program is a cornerstone of the National Institutes of Health Precision Medicine Initiative.

“Precision medicine is revolutionary in changing how we do science,” said co-principal investigator Bibbins-Domingo, who is the Lee Goldman, MD Endowed Chair in Medicine and Professor of Epidemiology and Biostatistics and Medicine and the Vice Dean for Population Health and Health Equity at UCSF School of Medicine. It has shifted focus from specific diseases to determining what factors contribute to disease and what keeps people healthy.

Capturing Diversity of the U.S.

The All of Us Research Program includes measures of biology, environment and lifestyle, such as genetics, where people live and what type of medical care they receive. It aims to enroll a million people who will capture a snapshot of the diversity of people in the United States.

Sexual and gender minorities may have less access to health care and higher burdens of certain diseases, such as cancer, depression and HIV/AIDS.

The UCSF/ZSFG team is one of the first four community partner awards to begin building a national network of leaders to motivate diverse communities to join the All of Us Research Program.

“Nothing this ambitious has ever been undertaken in a nationwide health study before,” said co-principal investigator Lunn. “And the fact that sexual and gender minorities are being involved from the beginning is truly historic.”

Beyond simply enrolling a million diverse people, the program aims to foster engaged participants, who meaningfully participate in the research and even help create the questions that are asked.

To form these types of partnerships, the UCSF/ZSFG team will rely on its experience garnered through Lunn’s endeavors trying to involve sexual and gender minorities in the research process from beginning to end. Along with Juno Obedin-Maliver, MD, MPH, MAS, assistant professor of obstetrics, gynecology and reproductive sciences, he co-directs the PRIDE Study, a national longitudinal study of LGBT people that launched in 2015 that built strong partnerships with LGBT centers, health clinics and service and advocacy organizations across the country.

That coalition spawned PRIDEnet, led by Lunn and Obedin-Maliver, which is a participant-powered network to keep the community of sexual and gender minorities engaged in research – and assured that they are valued and provide meaningful contributions.

The team will use the power of their model of community engagement they have developed for PRIDEnet to recruit sexual and gender minorities for NIH’s All of Us Research Program. They will provide input on enrollment, education and how best to inform participants about research results.

Working with community partners and a participant advisory board, and holding community listening sessions, will actually shape the content of the program, said Lunn. “This is an opportunity to influence on what is being asked in this huge national research program,” he said.

Recognition of Work Done at UCSF

Nothing this ambitious has ever been undertaken in a nationwide health study before. And the fact that sexual and gender minorities are being involved from the beginning is truly historic.

“This feels like a great convergence of funds and recognition of the work that advocates and activists have been doing for decades,” said Carolyn Hunt, MPA, who leads community engagement for PRIDEnet. “It is very moving to have the NIH now recognize the significance of us as a community.”

The team hopes that their efforts will improve the health of sexual and gender minorities broadly, and begin to address specific medical issues in an evidenced-based manner, such as long-term effects of transgender people taking sex hormones or how to screen for breast cancer risk in transgender men who have undergone mastectomy.

If the goal of a million engaged participants, including significant numbers of different groups of sexual and gender minorities, is achieved, that in itself will spawn additional types of research and studies, said Bibbins-Domingo.

“The million people isn’t going to be the end,” she said. “It is just the beginning.”