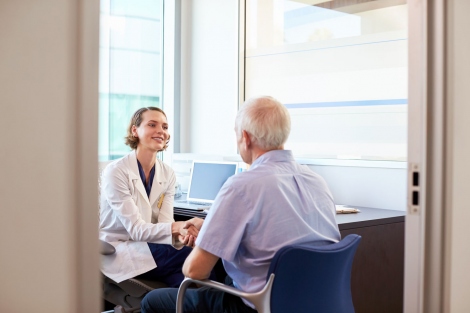 California is expected to face a statewide shortfall of primary care providers in the next 15 years, with acute shortages in the Central Valley, Central Coast and Southern Border areas, due to the uneven distribution of care across the state, according to a report released Aug. 15 by Healthforce Center at UCSF.

In what is believed to be the first report that makes joint projections of supply and demand for primary care physicians, nurse practitioners (NPs) and physician assistants (PAs) in California at the regional level, UCSF researchers developed a range of forecasts of the supply, based on current levels of both providers and trainees, and population growth estimates. The mid-range estimate showed a shortfall of about 4,700 primary care clinicians in 2025 and a need for roughly 4,100 additional providers in 2030 to meet the expected population demand.

The authors recommended close monitoring of the clinician supply, as well as a strategic effort to both recruit and retain new primary care physicians throughout the state to fill expected gaps that may arise as soon as 2025.

“California faces a looming shortage of primary care clinicians in the coming decades,” said Janet Coffman, PhD, MA, MPP, one of four authors of the reports and associate professor of health policy at Healthforce Center, Philip R. Lee Institute for Health Policy Studies (PRL-IHPS), and Department of Family and Community Medicine (FCM) at UCSF. “If we continue along our current path, more and more Californians will need to visit the emergency room for conditions like asthma, ear infections or flu because they lack a primary care provider.”

If we continue along our current path, more and more Californians will need to visit the emergency room for conditions like asthma, ear infections or flu because they lack a primary care provider.

“California’s Primary Care Workforce: Forecasted Supply, Demand, and Pipeline of Trainees, 2016-2030” is the second in a series of three reports on primary care from Healthforce Center at UCSF, which were funded by the Kaiser Foundation Health Plan, Inc. and used unique, California data sources.

The first report, released Feb. 16, detailed the state’s current supply, characteristics and pipeline of primary care clinicians and trainees, and identified primary care clinician shortages in most California regions compared to national benchmarks. The team will produce a third and final report later this year focused on strategies being implemented in California and other states to increase the supply.

The latest report forecasts the supply of primary care clinicians (MDs, NPs and PAs) through 2030 in California for five specific regions: Greater Bay Area; Sacramento, Sierra and northern counties; Central Valley and Central Coast; Los Angeles, Orange and the Inland Empire; and the Southern Border. For each profession, three to four forecasts of supply were generated based on different assumptions about the rate of growth in graduations from training programs and, for physician assistants, the percentage of clinicians providing primary care. The report also presents forecasts of demand for primary care physicians under several different sets of assumptions.

The forecasts are based on current growth trends in each area of primary care providers, as well as current patterns of utilizing physicians. A reduction in the number of Californians with health insurance, such as those that could result from a repeal or significant retraction of the Affordable Care Act, could reduce demand for primary care clinicians. Forecasts for physician assistants are less precise than for nurse physicians, due to limited data on their migration patterns and the numbers employed in primary care.

The authors said multiple strategies at the national, state and regional level will be required to fill the potential gap between primary care demand and supply. These include:

The first Healthforce Center at UCSF report found that most California regions fall below the benchmark of 60 primary care physicians per 100,000 people. While physicians still constitute the majority of primary care clinicians, the report found that from 2004 to 2016, the number of NPs and PAs grew at 75 percent and 98 percent, respectively, versus 36 percent for physicians, and represent a larger share of the primary care workforce in rural compared to urban regions. One-third of physicians and one-third of NPs in California also are over age 55, suggesting that the state will face a more severe shortage of primary care clinicians in the coming decades, regardless of the fate of the Affordable Care Act.

“These forecasts underscore the importance of NPs and PAs in meeting the primary care needs of our state,” said Joanne Spetz, PhD, co-author and associate director for research at Healthforce Center and professor at the PRL-IHPS, FCM and School of Nursing. “State leaders and health care organizations need to support their work in order to avoid shortages in the future.”

The overall goal of the three Healthforce Center at UCSF primary care reports is to enable stakeholders to assess the adequacy of the current workforce, anticipate future gaps and identify effective policies for addressing these needs, the authors said.

Prior assessments of the state’s primary care workforce have concluded that California does not have a sufficient supply of primary care clinicians, these clinicians are unevenly distributed across the state, and Latinos and African-Americans are underrepresented among them. However, they largely have not considered the contributions of NPs, PAs and osteopathic physicians, whose professions are growing rapidly and playing a more integral role in health care delivery.

Formerly called the Center for the Health Professions, Healthforce Center at UCSF has conducted research about the health care workforce in California and across the United States for 25 years. Its studies assist providers and policymakers in addressing critical health care challenges with rigorous analysis and actionable, unbiased data. This report and additional research on the evolving health care workforce are online at healthforce.ucsf.edu.

Co-authors on the reports include Igor Geyn, former research analyst in the PRL-IHPS, and Kristine Himmerick, PhD, postdoctoral scholar at Healthforce Center.