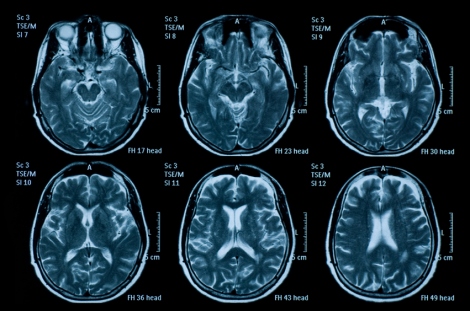 Rare deletions or duplications of about 600 genetic “letters” in a region on chromosome 16 confer a high risk of autism spectrum disorders (ASDs) and other neurodevelopmental conditions.

Now, in a trifecta of genetics, brain imaging, and cognitive testing, a nationwide team led by researchers at UC San Francisco has used a computer technique known as machine learning to show that genetic cutouts and repeats in the chromosomal region called 16p11.2 often lead to opposite abnormalities in brain structure – deletions are associated with increases in the brain’s white matter, duplications with reduced white matter – but similar cognitive profiles.

The new report, published Aug. 8, 2017, in Radiology, shows that carriers of either duplications or deletions who also had the associated brain changes were most at risk of behavioral and cognitive traits characteristic of ASDs. The findings suggest that clinicians could one day use a combination of genetic tests and brain scans in very young children to predict the severity of ASDs they could develop in the future.

“This study draws a line from a brain imaging finding to a diagnosis of autism,” said Elliott Sherr, MD, PhD, a professor of neurology at UCSF and senior author of the study. “As genetic tools are used more and more often in younger kids, we would have the opportunity to identify kids who carry these mutations and study them at a much younger age.”

Every Case of Autism is Unique

Autism spectrum disorders affect 1 in every 68 children born in the U.S., and are characterized by impaired development, social and learning disabilities. In the clinic, an autism diagnosis generally relies on capturing those behavioral deviations. Since early interventions have been shown to be beneficial, early diagnosis is a long-sought goal.

“If a child is profoundly delayed even in early milestones like learning to roll over or sit up, clinicians should be concerned and seek to discover genetic variations in the first year of life,” said Sherr, a member of the UCSF Weill Institute for Neurosciences. “But if the child has more social or learning issues that aren’t apparent until later in life, sometimes diagnosis is delayed.”

Genetic testing is beginning to be more widely available, but it is often insufficient to pin down an autism diagnosis, because a wide gamut of genetic defects contributes to the ASDs in varying proportions, from so-called point mutations that affect single genes to copy number variations (CNVs) – deletions or duplications of long stretches of DNA that often span many genes.

“Part of the problem with this area of research is that we’re studying all these people with ‘autism,’ but the underlying genetic causes are different,” said Pratik Mukherjee, MD, PhD, a professor of radiology at UCSF and senior author of the study. “There is a lot of heterogeneity, which is why you need a multifactorial approach.”

Genetics and Brain Scans Can Help

The new study demonstrates the potential of using genetics paired with brain scans to diagnose autism at an early age. The researchers wanted to unmask the diversity in carriers of CNVs at 16p11.2, one of the best-studied genetic causes of autism. While these variations are common in children with developmental disorders, only 20 to 30 percent of children with 16p11.2 CNVs meet the stricter diagnostic criteria of autism.

Not surprisingly, in the new study, the team also found a range of manifestations of 16p11.2 CNVs in carriers of these variations. Using structural magnetic resonance imaging, or MRI, three radiologists cataloged brain scans of 79 deletion carriers and 79 duplication carriers, along with 64 unaffected family members and 109 control subjects – all recruited through the Simons Variation in Individuals Project.

Next, they used an unbiased machine learning approach to correlate findings on brain structure to both clinical deficits and to particular genetic variations at 16p11.2.

A theme emerged from the rigorous statistical approach: brain abnormalities tended to be “reciprocal” for deletion and duplication carriers, while also diverging from the control group. Deletions in the region were seen to be associated with an increase in the brain's white matter, including the corpus callosum, which is involved in communication between the two sides of the brain; duplications were found to reduce white matter overall, leading to a smaller corpus callosum.

In turn, these reciprocal structural differences were found to be associated with certain behavioral and cognitive traits: deletions were tied to lower skills in daily living, communication, and social skills, while duplications were linked to a lower IQ overall, and a lower verbal IQ in particular.

“The effects in terms of autistic symptoms are not opposite,” said Mukherjee. “Deletions and duplications both lead to autism, with some variations.”

Had the researchers ignored variations at 16p11.2, they would have likely missed the respective correlations with brain structure and behavior, Sherr noted. If seen as a monolithic population, half the carriers had bigger brain volumes, while the other half had smaller, which together would amount to no clear links.

“If you put all of the images together, you’ll get no clear picture of the brain size and autism,” Sherr said. “However, focusing on individuals who all have the same genetic change and studying them as a group, I think, will lead to more reproducible data.”

In addition, the study suggests using MRI for more than just ruling out a diagnosis, Mukherjee said. The researchers hope to expand their analyses to very young children to test if the method can predict those who will need the most attention.

“One of the key lessons from our work is to take a genetics-first approach,” said Sherr. “This being such a large study allows us to see that even more clearly.”

The work was supported by the Simons Foundation.