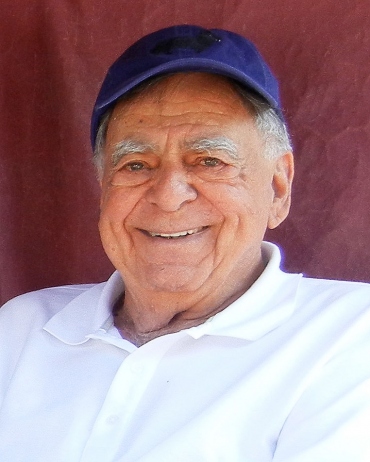 The UCSF community is deeply saddened to learn of the passing of Gerson Bakar, a real estate developer whose philanthropic vision and leadership made an enduring impact on health care, Jewish community organizations, and education throughout the Bay Area. He is survived by his wife, Barbara Bass Bakar.

Bakar was a member of the UCSF Board of Overseers, and along with Barbara, supported many areas of UCSF, including cancer research, cardiovascular health, the neurosciences and scholarships.

Gerson was born and raised on his parents’ chicken ranch in Petaluma. He earned a bachelor’s degree from UC Berkeley’s business school in 1948 and launched a career in real estate as the founder and chairman of Gerson Bakar & Associates. His developments included Woodlake, a 1,000-unit, multifamily garden apartment housing complex in San Mateo that was considered a breakthrough in American housing and a model for future developments due to its extensive amenities. Perhaps most notably, he developed Levi Strauss & Co.’s headquarters in San Francisco, which has been called “a gift to the city.”

Gerson channeled his talent for innovative real estate projects by acting as a catalyst that helped transform UCSF. As a member of the Bay Area Life Sciences Alliance, he partnered with civic leaders to secure the land, plan, and ultimately create the University’s Mission Bay campus. The Bakars were among the first to donate to Mission Bay, including for the Bakar Fitness and Recreation Center in the William J. Rutter Center, and more recently, a landmark gift that created the 70-bed Bakar Cancer Hospital, which opened in February 2015 as part of the new UCSF Medical Center. In honor of their inspiring service, UCSF awarded the Bakars the UCSF Medal in 1999.

“Gerson’s commitment to the University and to the community truly drove a new vision for the campus that helped revitalize the health of not only individuals but an entire city,” recalled UCSF Chancellor Sam Hawgood, MBBS. “He also provided inspirational support and guidance, for which I will be forever grateful.”

“Gerson Bakar, along with Barbara, helped usher in a new era of health care and philanthropy in the Bay Area and beyond. I am profoundly grateful for Gerson’s foresight, compassion, generosity, and especially, his friendship,” said Mark Laret, CEO of UCSF Health. A patient at the Bakar Cancer hospital shared in this sentiment, saying, “Thank you, thank you, thank you. We will always be in your debt for your kindness, compassion and assistance.”

"Gerson was a man of great honor, vision and generosity. His commitment to supporting cancer research and treatment means that many lives have been and will be changed far into the future,” said Alan Ashworth, PhD, FRS, the center’s president and the E. Dixon Heise Distinguished Professor in Oncology. “We will honor the trust Gerson and Barbara have placed in the cancer center by continuing to pursue breakthroughs that extend and improve the lives of people with cancer. Gerson will be missed by all who had the privilege of knowing him."

“The Bakars’ funding has been vital to the development of early career faculty in neurology,” said Stephen L. Hauser, MD, director of the UCSF Weill Institute for Neurosciences and the Robert A. Fishman Distinguished Professor. “Gerson understood that philanthropy can provide scientists with a kind of freedom that leads to game-changing discoveries. His support for up-and-coming researchers has powered UCSF with the energy and creativity that keeps us at the forefront of our field.”

“It seems that everything Gerson touched was better for the contact,” said William Grossman, MD, director of the UCSF Center for Prevention of Heart and Vascular Disease and the Charles and Helen Schwab Endowed Chair in Preventive Cardiology. “It is hard to imagine any aspect of cultural, educational, medical or Jewish life in San Francisco that does not owe a deep debt of gratitude to both Gerson and Barbara.”

At UCSF Benioff Children’s Hospital Oakland, the Bakars’ funding fuels many community-based programs, including enrichment experiences such as internships and volunteering opportunities for local high school students in the Achieve program. One participant said, “This internship is one of my proudest achievements. I accomplished something that not only challenged me and made me grow, but filled me with the satisfaction that I was doing my part to improve the lives of others, no matter how small it seemed.”

In addition to his service on the UCSF Board of Overseers and his role as a key advisor on the Board’s Real Estate Committee, Gerson was the founder and executive vice president of the Gerson Bakar Foundation and the CEO of the Barbara and Gerson Bakar Foundation. He received the UC Berkeley Haas School of Business’s Alumnus of the Year Award in 1991 and was a long-standing member of the school’s advisory board, and with Barbara, co-chaired the Campaign for Berkeley, which supported the business school, library, and athletics programs.

Beyond the University of California, Bakar served as a trustee of SF MOMA. He was instrumental in building the Jewish Community Center of San Francisco and developing Menorah Park, which provides housing for senior citizens and disadvantaged community members. He and Barbara were honored on the Jewish Community Federation and Endowment Fund’s Day of Philanthropy in 2013 after chairing their development committee for many years.

Gerson will be remembered for his compassion, his vision, and his unassuming approach to philanthropy. As he once said, “My legacy reflects my good judgment in choosing a wonderful bride. I don’t need to be remembered. I just hope the things Barbara and I have been involved in are of a lasting quality, and that will be our legacy.”

A memorial service will be held at 10:30 a.m. on Friday, June 9, at Temple Sinai in Oakland. In lieu of flowers, tributes can be made to one of the following organizations: