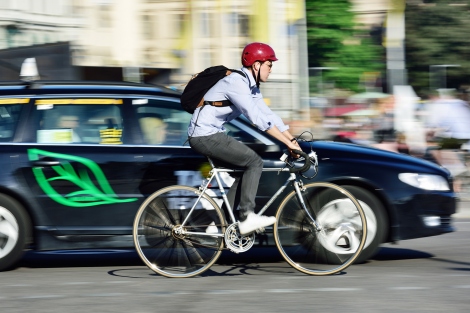 Bicycle use has skyrocketed in popularity, but it’s also led to more accidents, with medical costs from non-fatal bike crashes climbing steadily by $789 million annually, according to a new study by UC San Francisco.

Over a 17-year period, medical costs of bicycle injuries to adults in the United States, both fatal and non-fatal, amounted to $237 billion, the study found. In 2013 alone, total costs from bicycle accidents exceeded $24.4 billion, the researchers reported. That is approximately double the medical and other various costs involved for all occupational illnesses over the same time period.

There were 3.8 million non-fatal adult bicycle injuries and nearly 9,839 deaths that were reported during the study period from 1997 to 2013. Men accounted for three-quarters of the total costs.

The study will be published June 1, 2017, in the journal Injury Prevention.

“The costs of bicycle injuries have risen steadily since 1997, with a significant increase in emergency department visits and hospital admissions, especially with older men,” said first author Thomas W. Gaither, a UCSF medical student. “In the past, many bicycle accidents stemmed from non-street incidents. But now, street crashes with motor vehicles represent a greater proportion of the total costs. These crashes, which primarily occur with motor vehicles, increase the velocity of the crash impact and, as a result, the severity of the injury.”

Cycling has many well-documented health benefits, including improved cardiovascular function and decreased all-cause mortality. But along with the positive effects of riding, there are risks due to serious and sometimes life-threatening injuries, many involving accidents to riders 45 and older. Previous research by the investigative team has shown that over the last 15 years in the U.S., the incidence of hospital admissions due to bike crashes increased by 120 percent.

Reflecting the major societal implications, the new study estimated total annual costs -- including medical costs, work losses and quality of life losses -- associated with non-fatal and fatal bicycle injuries to adults. Pediatric injuries were not included. The study analyzed non-fatal incidence data from the National Electronic Injury Surveillance System with cost estimates from the Consumer Product Safety Commission’s Injury Cost Model, and 1999-2013 fatal incidence data from the National Vital Statistics System. The research excluded mopeds and cycles that do not have two wheels.

Among the key findings:

In 2013, nearly 54 percent of the total costs of bicycle accidents were due to riders 45 and older, up from 26 percent in 1997, the researchers reported.

Along with the fact that older adults are biking more and being more severely hurt, the rising severity of injuries may be due to changes in motor vehicle traffic, more commuting by bicycle and changes in vehicle design, reported the researchers.

“While the health benefits of cycling far outweigh the health risks, our results demonstrate the scope of the financial impact of cycling injuries,” said senior author Benjamin N. Breyer, MD, a UCSF Health urologist. “To me, it clearly makes a strong case for investment in safer cycling infrastructure.

“Many of these injuries are preventable with safer roads,” said Breyer, an associate professor of urology at UCSF and chief of urology at UCSF partner hospital Zuckerberg San Francisco General Hospital and Trauma Center. “We can learn lessons from the cycling environment in some European cities, where they have more riders and fewer accidents per rider. As our cities become more dense and we look for ways to promote active commuting to benefit health and environment, we need to invest long term into our bicycling infrastructure.”

The study was funded by the UCSF Research Evaluation and Allocation Committee – Research Allocation Program and the Alafi Family Foundation.

Study co-authors are Thomas A. Sanford, MD, Mohannad A. Awad, MD, E. Charles Osterberg, MD, and Gregory P. Murphy, MD, all with the UCSF Department of Urology; Bruce A. Lawrence, PhD, with the Pacific Institute for Research and Evaluation in Calverton, Md.; and Ted R. Miller, PhD, of the Pacific Institute for Research and Evaluation, as well as the Centre for Population Health Research at Curtin University, in Perth, Australia.