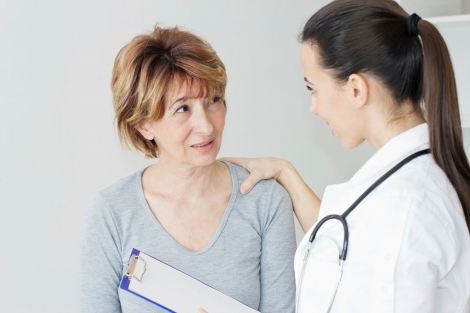 Postmenopausal women who reached menopause at an earlier age or who never gave birth may be at higher risk for heart disease, according to a new study by researchers at UCSF Health.

In a study of more than 28,000 women without heart disease over an average of 13.1 years, researchers found that while only 5.2 percent of the women were hospitalized for heart failure during the study, those who never gave birth were 2.75 times more likely to develop diastolic heart failure. For every additional year at which a woman entered menopause, the risk of heart failure decreased by about 1 percent. The findings appear online May 15, in Journal of the American College of Cardiology (JACC).

Why this occurs is still unclear, the researchers said, noting that more research is needed to determine possible mechanisms that link endogenous sex hormone exposure during a woman’s reproductive years to heart disease after menopause.

“We suspect that factors leading to later menopause aside from estrogen, which is higher in women before menopause, may help protect women from developing heart failure,” said senior author Nisha Parikh, MD, MPH, UCSF Health cardiologist and assistant professor of cardiology at UC San Francisco. “There also are many reasons why women might not ever give birth, but are there identifiable reasons that explain why never giving birth is associated with heart failure? We believe future studies could lend insight into these areas.”

Heart disease is the leading cause of death among women, killing nearly 290,000 women in 2013, or one in four female deaths, according to the U.S. Centers for Disease Control and Prevention. Previous research has found that hormones present during a women’s reproductive period before menopause may influence heart disease risk, and women experiencing early menopause may be at an elevated risk for atherosclerosis, hypertension and heart failure. Hormone levels during the reproductive period also may be affected by menstrual cycles and pregnancy.

In the JACC study, Parikh and her colleagues examined possible associations among total number of live births, age at first pregnancy lasting at least six months and total reproductive duration (from first menstruation to menopause) with incident heart failure. They used postmenopausal women in the Women’s Health Initiative (WHI), an observational study and clinical trial of nearly 162,000 U.S. women from 1993-1998.

For this research, a subset of 28,516 participants without cardiovascular disease from the University of North Carolina was studied from enrollment through September 2014. The average screening age was 62.7 years, average first menstruation and menopause was 12.6 and 47.1 years, respectively, and average live births was 3.3.

The researchers discovered that short total reproductive duration was tied to an increased risk of heart failure, which also was found to be related to an earlier age at menopause and more pronounced in women experiencing natural, rather than surgical, menopause. Women who never gave birth were at an increased risk for diastolic heart failure, but this relationship was not due to infertility.

“By investigating the particular factors that affect women’s risk of developing heart disease, we hope to help all health care providers who take care of women better understand how to assess their patient’s risk of cardiovascular disease and to provide counseling and risk factor modification,” said lead author Philip Hall, MD, cardiology fellow at UCSF.

Among the study limitations, only the first occurrence of heart failure hospitalization is included as an outcome in the WHI study, with certain details not uniformly reported. Additional information regarding pregnancy complications also would have been helpful and informative to include for modeling, as well as more detailed echocardiographic findings or biomarkers.