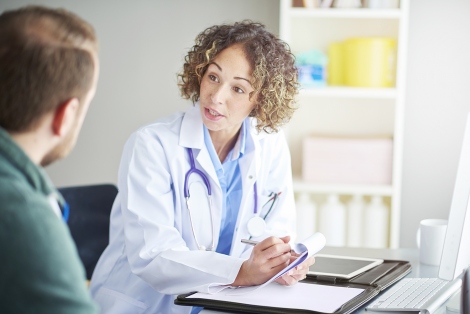 Workplace discrimination is common in medicine for women physicians who are also mothers, affecting as many as four out of five “doctor moms,” according to a new survey led by UC San Francisco.

Of the nearly 6,000 physician mothers in the survey, nearly 78 percent reported discrimination of any type. Forms of perceived discrimination ranged from disrespect and reduced pay to being overlooked for promotions or being held to higher performance standards.

The study will be published in JAMA Internal Medicine on May 8, 2017.

“We need to make sure these women get fair and unbiased treatment at the workplace. The role of physician mothers is essential and we can’t afford to lose them to burnout,” said Linos, a UCSF Health physician in the Department of Dermatology who is also a member of the UCSF Helen Diller Family Comprehensive Cancer Center.

Previous research has shown that women physicians are typically paid lower salaries than male peers, are less likely to be promoted, and spend on average 8.5 more hours a week on household activities than male counterparts. The new research focused on how motherhood affects perceived discrimination among women physicians.

The Physician Moms Group (PMG), launched in 2014, is an online community with more than 60,000 physician members in the United States. Members are highly active, filing on average 415 posts daily and more than 7,400 comments.

Altogether, 5,782 physician mothers completed the survey and provided responses that could be analyzed for the study, which adjusted for race or ethnicity, medical specialty and practice setting.

Some 68 percent of the physicians in the survey were between 31 and 40 years old. Nearly 76 percent had one or two children, while almost 18 percent reported having three children.