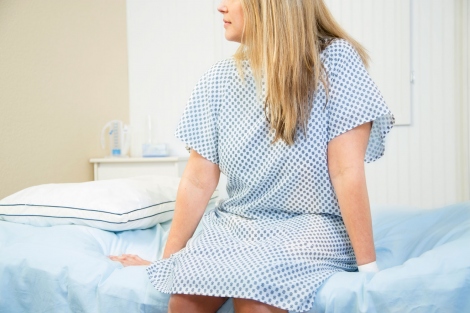 A type of herpes virus that infects about half of the U.S. population has been associated with risk factors for type 2 diabetes and heart disease in normal-weight women aged 20 to 49, according to a new UC San Francisco-led study.

A research team, headed by first author Shannon Fleck-Derderian, MPH, of the UCSF Department of Pediatrics, and senior author Janet Wojcicki, PhD, MPH, associate professor of pediatrics and epidemiology at UCSF, found that women of normal weight who were infected with cytomegalovirus (CMV), which typically causes no evident symptoms, were more likely to have metabolic syndrome. This condition includes risk factors such as excess abdominal fat, unhealthy cholesterol and blood fat levels, high blood pressure and elevated blood glucose.

The study appears Feb. 23 in the journal Obesity.

“The likelihood that women infected with CMV will have metabolic syndrome varies dramatically, depending on the presence, absence and severity of obesity,” Fleck-Derderian said. The UCSF research team did not find these same associations between CMV and metabolic syndrome in the men included in the study.

Chronic infection is one such suspect and in some previous studies CMV infection has been associated with inflammatory conditions, like inflammatory bowel and blood vessel diseases.

Fleck-Derderian and co-authors Wojcicki and William McClellan, MD, MPH, a professor of medicine and epidemiology at Emory University in Atlanta, examined nationwide data for 2,532 individuals between the ages of 20 and 49 years old, collected from 1999 through 2004 as part of the National Health and Nutrition Examination Survey. In a cross-sectional analysis, the researchers compared associations between CMV and components of metabolic syndrome in individuals grouped by normal weight (BMI between 18.5 and 24.9), overweight (BMI between 25 and 29.9), obesity (BMI between 30 and 39.9) and extreme obesity, while adjusting results to correct for the potential influence of age, ethnicity and poverty.

Despite the obesity-dependent associations between CMV and metabolic syndrome identified in this study, metabolic syndrome remains much more common in women with extreme obesity in comparison to those of normal weight, the study authors emphasized.

“Women who have extreme obesity may be metabolically different from others, and CMV infection might confer some kind of protection for them against the harmful effects we generally associate with excess body fat,” Wojcicki said.

The researchers speculated that hormonal factors might help explain the different results observed in men and women, and in women with extreme obesity versus normal-weight women. They also noted that there was no data in the study regarding potential differences in CMV re-activation or re-infection rates in men versus women, which may affect development of metabolic syndrome.