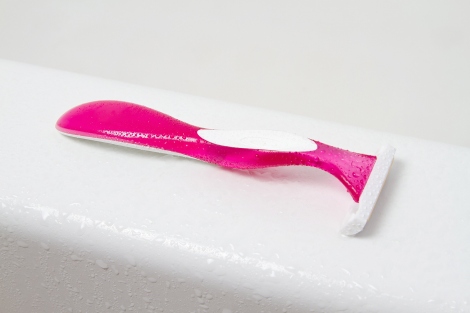 A national survey has found an association between pubic hair grooming and sexually transmitted infections (STI), the most common infections among adults.

The survey, which adjusted for age and lifetime number of sexual partners, reported that groomers had nearly twice the odds of reporting an STI and “extreme” groomers were at even greater risk of infection.

The study, led by researchers at UC San Francisco, is believed to be the first large-scale investigation into the relationship between grooming practices and STIs. It is published online in the British Medical Journal’s Sexually Transmitted Infections.

“We were surprised at how big the effect was,” said senior author Benjamin Breyer, MD, an associate professor in the UCSF Department of Urology and of Epidemiology and Biostatistics. “Right now, we have no way of knowing if grooming causes the increase in risk for infections. All we can say is that they appear to be associated. But I probably would avoid aggressive shaving right before having sex, and I would avoid having sex with an open cut or wound.”

A recent report from the Centers for Disease Control and Prevention (CDC) showed that sexually transmitted infections reached an all-time high last year in the United States, with the three most common diseases – chlamydia, gonorrhea and syphilis – all rising to a total of 1.9 million cases.

The results of the UCSF survey were nationally representative and could be used to target STI risk prevention, the researchers said, but they cautioned that further study is needed.

“We need to examine the relationship of grooming and STI in other populations and with different methods of exposure and outcome measurement,” Breyer said. “Grooming or not, people must remember that practicing safer sex and getting the human papilloma virus vaccine (according to CDC guidelines) are the most important things that can be done to prevent getting an STI.”

Pubic hair removal has become a common practice among men and women worldwide, often driven by modern society’s views of attractiveness, cleanliness and feelings of femininity or masculinity.

Prior research has shown that the practice can cause injuries, particularly from cuts and infections, but little has been known about the relationship between grooming and sexually transmitted infections. The act of grooming with razors or shavers can cause tiny tears in the skin, through which viruses and bacteria could pass, such as herpes, syphilis and HPV. Grooming is also correlated with a higher number of sexual partners.

The study involved 7,580 people who responded to a questionnaire about their pubic hair grooming practices, grooming injuries, sexual behaviors and STI history – 56 percent were men, the rest were women. Of those, 84 percent of women reported a history of grooming their pubic hair compared to 66 percent of the men.

Respondents were questioned about grooming frequency; the amount of hair typically removed (trimming vs complete removal); grooming tools (razor, wax, scissors, electrolysis, laser hair removal, depilatories, tweezers); and history of STIs including herpes, HPV, syphilis, gonorrhea, chlamydia, and HIV. Of those in the survey who groomed, 17 percent were defined as “extreme” groomers because they removed all their pubic hair, and 22 percent were “high-frequency” groomers who performed daily or weekly trimming.

The types of grooming tool varied by sex: A higher percentage of male groomers used an electric razor compared to females (42 percent vs 12 percent), and non-electric razor use was more common among women than men (61 percent vs 34 percent).

Of those who reported a history of STIs, 13 percent said they had at least once had herpes, HPV, syphilis, gonorrhea, chlamydia, HIV, molluscum, or pubic lice. Extreme groomers were more likely to report a STI history, whereas no differences were observed between high- and low-frequency groomers.

STI risk rose with frequency and intensity. Among high-frequency and extreme groomers, the survey found that the odds of an STI risk was up to four times as great, particularly for infections involving skin-on-skin contact, such as herpes and HPV.

Grooming was also associated with a two-fold rise in risk of a lice infestation for low-intensity groomers, which the authors said suggested that lice may have difficulty breeding in partners.

STIs are the most commonly transmitted infection in the U.S., which has the highest incidence of STIs in the industrialized world. Statistics have shown that approximately half of Americans will acquire an STI during their lifetimes. The infections are associated with a number of conditions including pelvic inflammatory disease, infertility, genital-related cancers, and higher rates of HIV.

Co-authors from UCSF are Matthew D. Truesdale, MD, of the Department of Urology; and Isabel Allen PhD, an adjunct professor of epidemiology and biostatistics.

The research was supported by the National Institute of Health K12KD08320, and the Alafi Foundation.