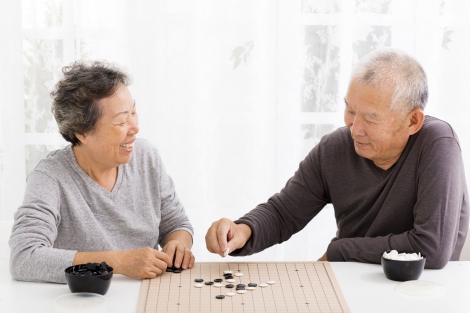 Distribution of a brochure on CRC screening also increased screening rates in the same population, but at a lower rate.

"This shows that both interventions worked, one better than the other, in reaching a population that is usually considered hard to reach,” said Tung Nguyen, MD, who holds the Stephen J. McPhee, MD Endowed Chair in General Internal Medicine at UCSF and is director of the Asian American Research Center on Health (ARCH). “It turns out that these populations are not so hard to reach when we have collaboration, planning and implementation that are based in the community."

Screening rates for colorectal cancer are low among Chinese-Americans, he said, despite the fact that it is the second-most common cancer among that group. “Since early detection of CRC significantly increases the likelihood of survival, it’s very important that we find ways to improve screening rates in this population,” said Nguyen, who is also co-leader of the Cancer Control Program of the UCSF Helen Diller Family Comprehensive Cancer Center.

The research was published Dec. 13 in the American Journal of Preventive Medicine.

For the study, researchers from UCSF and San Francisco State University collaborated with NICOS Chinese Health Coalition (NICOS), a public-private-community partnership of more than 30 health and human service organizations in San Francisco. NICOS recruited and trained 58 lay health workers from San Francisco’s Chinese-American community. The workers had no previous training in medicine or public health.

In turn, the lay health workers recruited 725 Chinese-American San Francisco residents, age 50 to 75, to participate in the study. Most participants spoke limited English.

The participants were divided into two groups. The experimental group attended two educational sessions conducted by the lay health workers on colorectal cancer and the importance of screening, and received two follow-up phone calls. The sessions and phone calls were conducted in English, Cantonese and/or Mandarin. The control group received a brochure on CRC screening in Chinese and English and a lecture on nutrition and physical activity.

Nguyen said either approach could be used to improve cancer screening, depending on the resources available, but also emphasized the additional benefits of community-based health work beyond simply a specific health outcome.

“The brochure model is appropriate in situations with low resources, and the lay health worker model can be used when moderate resources are available. Both are effective,” Nguyen said. “The bigger picture is that we not only improved the CRC screening rate, but also increased the community's overall capacity for health education by training lay health workers."

Kent Woo, executive director of NICOS, described the research collaboration as a “win-win-win.”

“We are so pleased that our community members were an integral part of this equation,” Woo said. “This is a perfect example of how universities and communities can collaborate to improve health.”

Nguyen noted that he and his research team had already demonstrated in previously published research that the lay health worker model is effective among Hmong immigrants and Vietnamese Americans in improving cancer screening rates among immigrant populations with limited English proficiency.

“These are all great examples of how UCSF can work with community organizations to create great relationships and favorable research outcomes,” said Nguyen. “Research such as this helped to lay the groundwork for projects like SF CAN, which seeks to address health inequities among racial and ethnic minorities.”

Nguyen and Woo have continued their collaboration to prevent colorectal cancer on a new grant from the U.S. Centers for Disease Control and Prevention to the UCSF Prevention Research Center.

SF CAN – the San Francisco Cancer Initiative – is a collaborative effort initiated by the UCSF Helen Diller Family Comprehensive Cancer Center to reduce cancer in San Francisco by engaging health care systems, government, community leaders, and residents. A primary focus of SF CAN will be reducing inequities in prevention, screening rates, access to quality health care, and outcomes among racial and ethnic minorities and the socially disadvantaged. Colorectal cancer is one of SF CAN’s priority areas.

The study was supported by funds from the National Cancer Institute and ARCH.