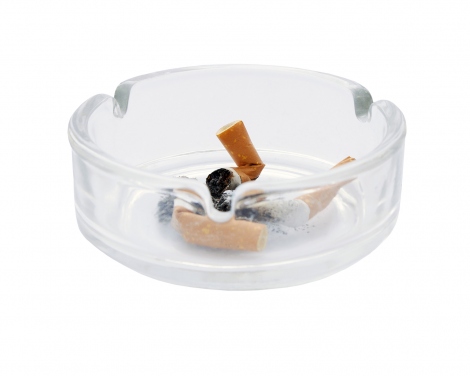 California adolescents perceive smoking cigarettes to be riskier – and less socially acceptable – than they did a dozen years ago, according to a new study that comes amid a changing tobacco product landscape.

Fewer youth plan to smoke or think smoking makes them look mature, reported the study by UC San Francisco and Stanford University School of Medicine, while more teens believe that smoking is likely to trigger health problems such as heart attacks or lung cancer.

The paper examined surveys of nearly 700 students in California to assess whether there were changes between 2001 and 2015 in adolescent smoking behaviors, how youth viewed smoking, and whether they intended to smoke.

The study were published Dec. 6, in the Journal of Adolescent Health.

“It speaks to the importance of having strong, repeated tobacco control messages that perceptions have changed in the intended direction, even with the proliferation of new tobacco products,” said first author Karma McKelvey, MPH, PhD, a postdoctoral fellow at the UCSF Center for Tobacco Control Research and Education.

“Despite fears that with the advent of e-cigarettes, smoking will again be perceived as a normal activity, thereby eroding many years of tobacco control efforts, adolescent perceptions of cigarettes have actually become less favorable,” McKelvey said. “Perhaps similar strategies can be employed to help stem the rising tide of e-cigarette adoption among adolescents.”

National data have shown that adolescent smoking declined significantly between 2001 and 2015, from 23.9 percent to 7 percent, largely due to smoke-free policies and public health campaigns designed to increase knowledge about smoking risks and changing social norms.

In pinpointing gains and gaps in tobacco control, the researchers in the new report analyzed data from two California studies involving a total of nearly 700 students in California high schools. The two surveys contained detailed, nearly identical measures of cigarette-smoking perceptions, intentions, and use. The researchers found:

The students surveyed in 2015 also perceived less likelihood of being able to quit smoking whenever they wanted or to experience short-term benefits.

“Our findings support the belief that adolescents today hold less favorable attitudes towards cigarettes,” said senior author Bonnie Halpern-Felsher, PhD, a professor of pediatrics in the division of adolescent medicine at Stanford University School of Medicine. “Still, perceptions of short-term harm and overall addiction were unchanged, which illuminates areas that could be improved for messaging to youth. Clinicians, public health professionals and policy-makers could draw upon this information to improve tobacco-related health messages and prevention efforts that specifically target adolescents.”

The researchers said that because both studies were conducted in California, the results might not pertain throughout the U.S. or abroad. They also pointed out that other studies have shown that adolescents in general hold favorable attitudes toward e-cigarettes, are increasingly using them and are more likely to smoke cigarettes as a result.