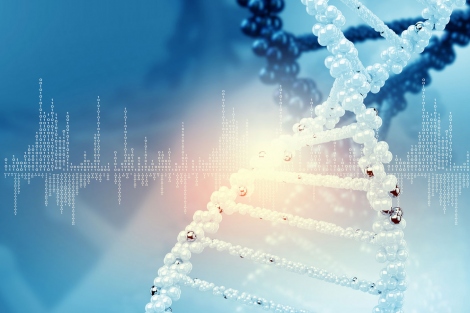 Next-generation sequencing for patients at UCSF Medical Center is prompting changes in brain tumor diagnoses for some children and a retooling of treatment plans in many cases. Sequencing is also providing valuable insights to some parents about their own susceptibility to other seemingly unrelated cancers.

In a groundbreaking study published in the journal Neuro-Oncology on Nov. 14, 2016, UCSF clinical investigators chronicled the results of sequencing a panel of 510 cancer-associated genes in brain tissue and blood samples from 31 pediatric patients whose brain tumors were high grade, treatment-resistant or had ambiguous features.

Sequencing is conducted at UCSF Clinical Cancer Genomics Laboratory, one of the few hospital facilities nationwide that clinically profiles tumor and compares it with the patient’s normal tissue, identifying any mutations driving tumor growth and matching them with targeted therapies.

Brain tumors are now the No. 1 cause of cancer death in children, according to the Centers for Disease Control and Prevention. Pediatric brain tumor deaths have increased slightly since 1999, while fatalities in leukemia, the most common childhood cancer, have declined.

In the study, investigators compared the initial diagnosis based on the pathologist’s microscopic findings – which looked at features like cell morphology, rate of cell division and tumor invasiveness – to genetic alterations identified by molecular pathologists, who specialize in brain tumor genetics.

While sequencing confirmed the pathology report in 25 of the 31 patients, the remaining six children had their diagnoses changed as a result of genetic findings. In one remarkable case, a 9-year-old had already started aggressive treatment after her tumor was classified as being of “indeterminate grade” with imaging features “suggestive of a high-grade infiltrative tumor.” Sequencing revealed that the tumor was nonmalignant and since the likelihood of recurrence was low, chemotherapy was stopped.

“In this era of precision medicine, we’re changing the paradigm of diagnosis and treatment,” said senior and corresponding author David Solomon, MD, PhD, assistant professor in the Department of Pathology at UCSF Medical Center. “I don’t think genomic profiling is going to replace the role of the pathologist looking at tissue under the microscope. What we’re now achieving using the UCSF500 Cancer Gene Panel is integrating the results of genomic profiling together with the histologic features seen under the microscope to produce the most accurate diagnosis possible for children with brain tumors.”

In 19 of the 31 patients, the investigators identified genetic alterations that were potentially targetable by existing treatments. Targeted therapies are less toxic than chemotherapy, which indiscriminately attacks both cancerous and noncancerous cells. Mutations include non-heritable somatic mutations, which are specific to the tumor, and germline mutations, those relating to childhood cancers, which are identified in the peripheral blood and found in every cell of the body.

While adult tumors typically have numerous mutations, tumors in pediatric patients may have just one or two.

“Because pediatric tumors tend to have significantly fewer genetic alterations, the hope is that targeted therapies will be more effective in children,” said Solomon, who is also an attending molecular pathologist at the UCSF Clinical Cancer Genomics Laboratory.

We’ve currently sequenced about 60 children with brain tumors using the UCSF500 Cancer Gene Panel, and this group of cases has been particularly interesting and promising.

“We’ve currently sequenced about 60 children with brain tumors using the UCSF500 Cancer Gene Panel, and this group of cases has been particularly interesting and promising. UCSF has world-renowned neuropathology and neuro-oncology groups who are working together to make the right diagnosis, determine the tumor genetics, and either get patients on clinical trials or acquire a targeted therapy,” said first author Nancy Joseph, MD, PhD, assistant professor in the UCSF Department of Pathology, who worked on validating the UCSF500 Cancer Panel for clinical use.

“The molecular pathologists can tell us, based on the type of mutation and how prevalent it is in the tumor, if the mutation is thought to be driving the tumor’s Theodore Nicolaides, MD, assistant professor in the Department of Pediatrics and Neurosurgery at UCSF Benioff Children’s Hospital San Francisco.

“If the driving mutation has been shown to respond to a particular drug in other tumor types and we have evidence that it crosses the blood-brain barrier, we feel the drug has a good chance of success. But these results come from a small number of patients and should be interpreted with caution,” he said.

Co-first author Cassie Kline, MD, clinical fellow in pediatric hematology-oncology at UCSF Benioff Children’s Hospital San Francisco, said that one of the major benefits of sequencing is the identification of germline mutations, which include non-heritable ones passed down in utero from the sperm and egg, and those inherited from the patient’s parents, which may reveal their own increased risk for adult-onset cancers as well as that of any other children.

“With the discovery of certain cancer predisposition syndromes, we are better able to avoid certain therapies where risk may outweigh benefit, such as radiation in a patient with a germline TP53 mutation,” she said, referring to one of the most common alterations found in cancers. “At the very least, they allow us to be more thoughtful in out treatment decisions.”

The researchers discovered that 11 of the 31 children had germline mutations. Among them a PALB2 mutation was identified in a 5-year-old with medulloblastoma, one of the most common pediatric brain tumors. Mutations in this gene have been recognized as increasing the risk for breast, ovarian and pancreatic cancers in adults. This corresponded with a history of breast cancer on both the maternal and paternal sides and the family was referred to the UCSF Cancer Risk Clinic.

“We were surprised that so many children had pathogenic germline mutations,” said Solomon. “The good news is that once families are aware of their heightened risk, they can be referred for genetic counseling where they can learn how to best manage their risk.”

Future research will look at the outcomes of the pediatric brain tumor patients who had undergone sequencing.