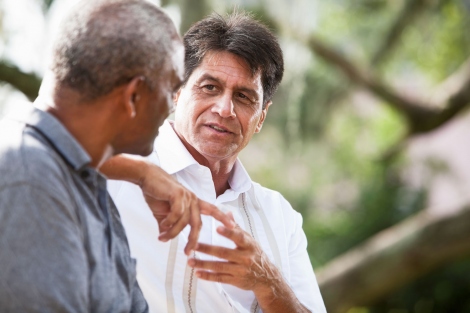 More than one in four older adults have not engaged in planning for end-of-life care or directives, despite significant public efforts to encourage the practice. This is especially true for African Americans, Latinos and those with less education and income, according to a study by researchers at UC San Francisco, who advocate finding better approaches to ensure these discussions occur.

Advance care planning (ACP) includes discussions about preferences for end-of-life-care, completion of advanced directives and designation of a surrogate decision-maker in a durable power of attorney for health care. There is growing awareness of the benefits of such plans for both elders and their families, who can get mired in unexpected legal issues if no such plan exists. But until recently, it was unknown if all races/ethnicities, education levels and incomes have benefited, and if these discussions are greater among those in worse health and with poorer prognosis.

“Despite decades of work to improve advance care planning, over a quarter of older adults have still not engaged in any type of discussion or planning for their end-of-life preferences or plans,” said lead author Krista L. Harrison, PhD, geriatrics research fellow at UCSF. “Our findings suggest that there are substantial portions of the population of community-dwelling older adults who need to begin discussions about their plans and preferences before they are unable to share those preferences with their loved ones.”

In the study, which appears in the Oct. 31, 2016, issue of JAMA Internal Medicine, Harrison and her colleagues used the National Health and Aging Trends Study (NHATS), a nationally representative sample of Medicare beneficiaries age 65 and older who continue to live in their own communities. Data from 2012 included self-reported age, gender, race/ethnicity, education, income, self-rated health, number of chronic conditions, disability in activities of daily living and dementia.

The prevalence of discussions on each element differed by up to 35 percent between patient characteristics. It was lower for two or more ACP elements in adults age 65-74, men, African Americans and Latinos, and those with less education and lower income.

Although the researchers expected to see that individuals in worse health had higher rates of engaging in ACP, there was little to no increase in discussions among older adults with multiple areas of morbidity or disability in activities of daily living. Older adults with dementia had significantly lower prevalence of end-of-life discussions (54 percent) and advance directives (46 percent) compared to those with no dementia (62 percent and 54 percent, respectively).

In 2016, the Centers for Medicaid Services began reimbursing physicians for engaging Medicare beneficiaries in ACP. While a critical step forward, the researchers advocate effective, targeted approaches to ensure increased completion among all older adults.

Further, ACP communication strategies are being developed both for minorities and older adults with multimorbidity and dementia. Harrison said clinicians should use these tailored tools when having discussions in these particularly vulnerable groups.