The National Institutes of Health (NIH) has awarded grants to seven UC San Francisco scientists to pursue innovative approaches to major contemporary challenges in biomedical research. The highly competitive grants, which were announced today among 88 such awards nationwide, were made under the High-Risk, High-Reward Research program supported by the NIH Common Fund.

The grants include the Pioneer Award, the New Innovator Award and the Early Independence Award.

“The program continues to support high-caliber investigators whose ideas stretch the boundaries of our scientific knowledge,” said NIH Director Francis S. Collins, MD, PhD. “We welcome the newest cohort of outstanding scientists to the program and look forward to their valuable contributions.”

For his innovative research on the human microbiome, Michael Fischbach, PhD, received the NIH’s Pioneer Award, intended for investigators at all career levels to pursue new research directions and develop groundbreaking approaches with a high impact on a broad area of biomedical or behavioral science. Fischbach’s group studies how the symbiotic microbial species that live in us, on us, and around us produce chemicals that play a key role in human health. In particular, he hopes to develop the ability to engineer communities of gut bacteria to produce desired drug-like small molecules, a discipline he calls “synthetic ecology.” Fischbach is an associate professor of bioengineering and therapeutic sciences in the UCSF School of Pharmacy and member of the California Institute for Quantitative Biosciences (QB3). He previously received an NIH New Innovator award in 2011. 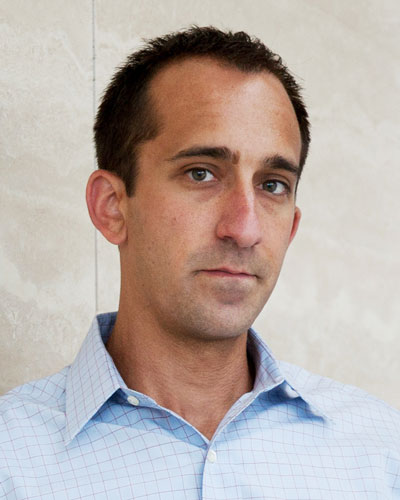 This year, Four UCSF researchers received the New Innovator Award, which supports unusually innovative research from early career investigators who are within 10 years of their doctoral degree or clinical residency and have not yet received a research project grant (R01) or equivalent NIH grant.

Bassem Al-Sady, PhD, studies epigenetics – the process by which particular areas of the genome can be switched on or off in different cells. In particular, Al-Sady and colleagues are interested in heterochromatin – a structure that packages DNA in a unique manner that determines which genes are available to be used in a given cell. Al-Sady receives the NIH Innovator grant to support a new effort to apply tools developed in single-celled yeast to dynamically track the formation of heterochromatin and study how it influences cell fate in mammalian cells. Al-Sady is assistant professor of microbiology and immunology in the UCSF School of Medicine.

Rushika Perera, PhD, studies the fundamental biology of pancreatic cancers to learn what allows these cancers to be so aggressive. In particular, her lab studies how cancer cells rewire normal cellular digestion pathways to give them an edge over surrounding normal cells. Perera receives the NIH Innovator grant for her proposal to create a mouse model of pancreatic cancer in which the cellular “stomachs,” called lysosomes, of pancreatic cancer cells can be isolated at different stages of cancer development to learn how the nutritional requirements of these cells differ from their neighbors and evolve as the cancers become more malignant. Perera is an assistant professor in the departments of anatomy and pathology in the UCSF School of Medicine and a member of the UCSF Helen Diller Family Comprehensive Cancer Center.

Tien Peng, MD, studies the regenerative potential of mesenchymal progenitor cells in the lung. The Peng lab is particularly interested in understanding how these dormant connective tissue cells maintain cellular “quiescence” – a state where cells are poised to divide but do not actually do so. Peng plans to use the NIH Innovator grant to explore whether mesenchymal progenitors can be manipulated to enhance tissue longevity, and in the process advance our fundamental understanding of how organs age. Peng is an assistant professor of medicine in the UCSF School of Medicine and a member of the UCSF Cardiovascular Research Institute.

Arun Wiita, MD, PhD, studies how cancer therapy affects protein production in cells. In particular, Wiita and colleagues are interested in understanding how changes in protein production by cancerous and healthy cells following treatment lead to desired therapeutic outcomes and undesired side-effects. He received the NIH Innovator grant to push the boundaries of mass spectrometry technology to enable his group to track the kinetics of protein folding across thousands of different proteins in cells in near-real time. Wiita is an assistant professor of laboratory medicine in the UCSF School of Medicine and assistant director of the UCSF Clinical Cytogenetics Laboratory, where he aids physicians to interpret prenatal and postnatal genetic testing results.

Matthew Spitzer, PhD, a UCSF Sandler Fellow in the Department of Microbiology and Immunology who recently moved to UCSF from Stanford University, received an Early Independence Award to support his research on the role of the immune system’s response to cancer. In particular, Spitzer has developed techniques to enable his group to simultaneously track the responses of every different type of immune cell from the first formation of a tumor throughout the cancer’s development. This research has broad applications in understanding how tumors manipulate the human immune system, and could improve oncologists’ ability to recruit the immune system to fight cancer. Spitzer is a member of the Parker Institute for Cancer Immunotherapy.

Kevin Yackle, MD, PhD, a UCSF Sandler Fellow in the Department of Physiology who also recently moved from Stanford, received an Early Independence Award to support his research on the small cluster of brain stem neurons that act as a pacemaker for breathing. In particular, Yackle is interested in understanding the different roles played by specific neuron types within this nucleus in different aspects of breathing, such as sighing, gasping and breathing rhythm. Yackle’s research has applications in understanding disorders of breathing, such as sleep apnea and potentially sudden infant death syndrome, and could one day lead to life-saving drugs to maintain proper breathing in critical care and surgical contexts.