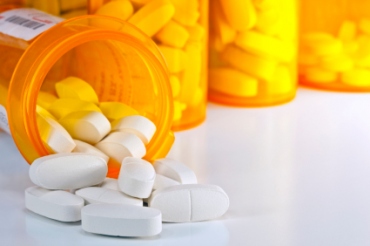 A new UC San Francisco-led study using computer models of cardiovascular disease in American adults concludes that the price of a promising new class of cholesterol-lowering drugs called PCSK9 inhibitors would need to be reduced by up to 70 percent to be cost-effective in the United States using commonly accepted standards.

“If all eligible US adults were put on PCSK9 inhibitors we’d face an unsustainable increase in healthcare spending,” said Dhruv Kazi, MD, assistant professor of medicine and lead author of the new study, published online in the Aug. 16 issue of JAMA: The Journal of the American Medical Association.

First approved by the US Food and Drug Administration in 2015, PCSK9 inhibitors such as alirocumab (Praluent) and evolocumab (Repatha), dramatically reduce levels of so-called “bad,” low-density lipoprotein (LDL) cholesterol – in clinical trials, levels of LDL were reduced by as much as 60 percent in patients taking these drugs.

But these drugs have downsides: they must be injected every two to four weeks, and have an annual cost of roughly $14,000 per patient. The model employed in the new UCSF research suggests that prescribing PCSK9 inhibitors to all eligible adults would increase US drug spending by 38 percent, which would represent a 4 percent increase in overall healthcare spending, even after accounting for cost savings from prevented cardiovascular events.

Current treatments for cardiovascular disease, the leading cause of death in America, largely rely on drugs called statins. Statins work by lowering production of LDL cholesterol, which is a major contributor to cardiovascular disease. However, not all patients see adequate LDL reductions from statins alone, and some are unable to take them at all due to side effects including intense muscle pain.

PCSK9 inhibitors, which increase liver uptake of LDL, can be added to or used in place of statins for those who do not see adequate reductions from statins alone. Although they are highly efficient in lowering blood LDL levels, and far more effective than statins alone, PCSK9 inhibitors cost nearly 18 times more than generic statins such as atorvastatin.

To determine the cost-effectiveness of the new drugs, researchers used the Cardiovascular Disease Policy Model, collaboratively developed by UCSF and other institutions, to simulate the cardiovascular health of all U.S. adults by drawing on demographic and health data from public records and other sources. In this study, treatment costs were evaluated for two high-risk populations: those with a family history of high cholesterol and individuals with preexisting cardiovascular disease.

The model determined how much it would cost to gain one year of life (known as a “life-year”), adjusted for health status, under three different scenarios. In the first scenario, representing the status quo, only statins were prescribed; a second scenario included PCSK9 inhibitors where appropriate; and a final scenario involved a third cholesterol-lowering drug, ezetimibe (Zetia), which lowers levels of blood LDL by blocking its absorption in the small intestine.

While there is no nationally mandated cost threshold for drug treatments, consensus in the medical community suggests that treatments should cost roughly $100,000 per life-year gained or less, Kazi said. The PCSK9 inhibitor scenario of the model estimated it would cost  $423,000 to gain one quality-adjusted life-year – well over the accepted threshold.

“PCSK9 inhibitors are not cost-effective at present. They would need to come down about 70 percent to meet that mark,” Kazi said. The researchers point out that the model-suggested target price, just over $4,500, is much closer to the cost of PCSK9 inhibitors in Europe, where drug price negotiations with pharmaceutical companies are more common.

According to the model, ezetimibe treatment comes in just above the threshold, at $155,000 per quality-adjusted life-year gained.

The model also shows, however, that considerable healthcare savings could be realized if statins were more consistently prescribed for patients who could benefit from them. Not all patients who should take statins currently do, for reasons ranging from inadequate medical follow-up to poor health literacy. According to the model, prescribing statins, which cost around $810 annually, for these patients would prevent more than 200,000 major cardiovascular events, bringing savings of $12 billion over five years.

This study is different than many other cost-effectiveness studies of drugs, said Kirsten Bibbins-Domingo, PhD, MD, professor of medicine and epidemiology and biostatistics and the study’s senior author. Drugs normally come to market at a price set by pharmaceutical companies, and cost-effectiveness isn’t examined until data is gathered after the release, but “our goal is to do the cost-effectiveness analysis in a timely fashion to ideally inform the discussion of prices of new therapeutics,” she said.

Both authors stressed that, despite their high cost, PCSK9 inhibitors may be highly effective drugs. “The reality is, millions of people may benefit from this drug, and that’s exactly why it will substantially strain the US healthcare budget if its price tag stays so high,” Bibbins-Domingo said.

UCSF coauthors of the new study are Pamela Coxson, PhD; Joanne Penko, MPH; Jeffrey Tice, MD; and David Guzman, MSPH. They were joined by Andrew Moran, MD, MPH, of Columbia University; and Daniel Ollendorf, PhD, and Steven Pearson, MD, of the Institute for Clinical and Economic Review in Boston.

Funding was provided by the New England States Consortium Systems Organization and the Laura and John Arnold Foundation.