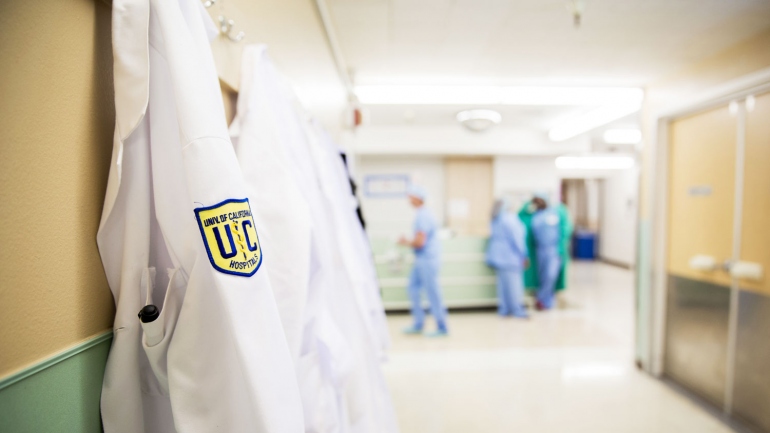 Fifty years ago, a visit to the emergency room likely meant that a nurse would take your vitals and then call your primary care doctor. Even intensive care units were staffed by rotating physicians borrowed from other departments, many with no special training in critical care.

It seems obvious in hindsight that as specialized physicians in emergency medicine and critical care medicine came on the scene in the late 1960s, outcomes and coordination of care improved. But it took another three decades for a similar concept to spread to the rest of the hospital.

In 1996, two UC San Francisco physicians, Robert M. Wachter, MD, and Lee Goldman, MD, wrote an article in the New England Journal of Medicine (NEJM) proposing a new type of doctor – the hospitalist – who specializes in inpatient care. Hospitalists can handle everything from a blood clot to sepsis to inflammatory bowel disease – in that sense, they are generalists – but they are also expert navigators of the complex hospital setting. The article coined the term “hospitalist” and marked the launch of a new field.

Today there are more than 50,000 hospitalists working to improve inpatient care across the U.S. To mark the 20th anniversary of their seminal NEJM article, Wachter and Goldman have written a follow-up NEJM perspective reflecting on the rapid rise of this field.

Hospitalists have made profound changes to a patient’s experience in the hospital and to the larger health care landscape. Studies have found that the use of hospitalists can cut costs and shorten lengths of stay while improving safety and quality of patient care. About 75 percent of U.S. hospitals, including all highly ranked academic health centers, now have hospitalists on staff, according the the new NEJM article. UCSF’s Division of Hospital Medicine, which Wachter leads, now has about 65 physicians.

Traditionally, inpatient wards at academic medical centers had been supervised by an attending physician, often a specialist, who was on a one-month-per-year stint in the hospital.

“For none of them was this their main job,” says Wachter, who’s also the interim chair of the Department of Medicine at UCSF. “They did inpatient care somewhat reluctantly; it wasn’t what they were thinking about, reading about, or what they were compensated to do. Very few of them saw their main role as being to ensure the quality, safety and cost-effectiveness of inpatient care.”

The system was inefficient, but for physicians who worked in the hospital only one month out of the year, this didn’t feel like their problem to solve.

That year, Goldman arrived from Harvard to become chair of medicine at UCSF and realized that the general medicine service had not changed since he was a resident there in the 1970s. He tasked Wachter, then a young faculty member at San Francisco General Hospital, with implementing a new model.

“We wrote the NEJM article largely because I was thinking about how I was going to address Lee’s challenge locally,” recalls Wachter. During the inaugural year of the UCSF program, he divided the general medicine service in two: an experimental group working in a new hospitalist model, and another group staying with the traditional system.

Reviewing 1,600 patients from that first year, the UCSF program demonstrated that the hospitalist group reduced costs by about 15 percent, without harming clinical outcomes or patient and physician satisfaction. Within a few years, more studies showed that having hospitalists on staff resulted in shorter lengths of stays, fewer readmissions and better patient survival.

Wachter and Goldman’s radical idea was not without its critics.

“A lot of people in academia thought this was just awful,” recalls Goldman, who is now dean and executive vice president for health affairs at Columbia University. “The one thing it violated right from the beginning was the principle of continuity – the doctor who saw you as an outpatient should also take care of you in the hospital.” Continuity was believed to be a cornerstone of quality, and the idea of handing off patients at the hospital door ran counter to that very strong belief.

What they found, says Goldman, was that “continuity per se was not critical as long as communication was really, really good.” Wachter liked to describe patient handoff as the passing of the baton in a well-orchestrated relay race.

Flanders recalls that many people were skeptical that the intense clinical work in a hospitalist career could leave room for a viable academic career. Knowing this, Wachter and Goldman emphasized from the beginning the need to limit hospitalists’ clinical time to four to six months a year in order to prevent burnout. In their non-clinical time, hospitalists were expected to contribute to other types of meaningful work, whether that was clinical research, or improvements to the quality, safety and operational aspects of care.

Ten years ago, UCSF neurosurgeons noticed that despite good technical results from surgery, some patients still had poor outcomes. The department hired hospitalists to manage patients in recovery, and the routine problems have all but disappeared. An internist-hospitalist, Catherine Lau, MD, now serves as the director for patient safety and quality in the Department of Neurological Surgery.

Other innovations spearheaded by hospitalists include better patient handoff systems, early-warning protocols that use electronic health records to identify patients at risk for sepsis and falls, and the use of bedside ultrasound to assist with common procedures and diagnoses. Because of hospitalists, medical students and residents now receive more training in quality improvement and safety.

Hospitalists are not thought of as shift workers, but rather people who are deeply committed to making things better.

The UCSF hospital medicine program continues to be known for this type of systems-based thinking, says Goldman. “It’s because the program always focused on what people should be doing in the months they were not on service – hospitalists are not thought of as shift workers, but rather people who are deeply committed to making things better,” said Goldman.

Health care organizations around the country are financing hospitalist programs as the cost-savings have become apparent. Concurrent shifts in the health care system, including more demand for better patient safety, quality and efficiency of care, and the advent of electronic health records, aligned with the hospitalist’s systems-oriented approach.

“For hospital medicine to grow as quickly as it has, many stars had to align, including a viable financial framework, a pool of qualified physicians, and enough force to overcome resistance to change,” Wachter and Goldman wrote in their Aug. 10 NEJM perspective. “Remarkably, those stars did align.”