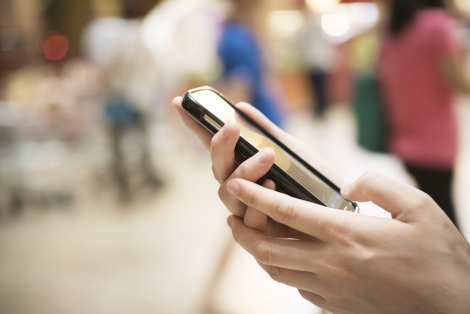 A new UC San Francisco study of top-rated mobile health apps showed that they offer little help to vulnerable patients – those who might benefit the most from these tools.

The new study, published in the July 14, 2016 online issue of the Journal of General Internal Medicine, was conducted with 26 patients at The Priscilla Chan and Mark Zuckerberg San Francisco General Hospital and Trauma Center (ZSFG), a UCSF partner hospital that treats many low-income patients. Although participant income was not directly queried, a majority of patients at ZSFG qualify for publically funded insurance, or do not have insurance.

The study participants, who were diagnosed with diabetes or depression, or serve as caregivers for elderly patients, tested mobile apps created to help individuals manage their medical concerns. All the participants were English-speaking and most routinely used the Internet prior to the study, though not all were smartphone/tablet users.

With few exceptions, the participants were unable to fully navigate the apps’ functions, and most expressed frustration and disappointment with the experience.

Growth in Smartphone Use, Mobile Apps

Mobile health apps have been touted as a tool to reduce health disparities among people at different income levels. Previous research does show growing smartphone use by low-income populations, but the new research suggests that apps must be user-friendly for a wide range of populations to have an impact.

“We’ve seen a recent glut of mobile apps that are meant to help people monitor their fitness levels and enhance their health,” said UCSF’s Urmimala Sarkar, MD, associate professor of medicine, who led the study at the Center for Vulnerable Populations at ZSFG. “But many of the patients we see at Zuckerberg San Francisco General – who have serious, and often multiple health problems – don’t appear to be able to use or access this technology. And they’re the ones who have the most to gain from these advances. We need to see more of a focus on designing technology for this population.”

The study employed individual sessions with the 26 participants, who each tried three or four different apps that were geared toward their specific health condition, or in the case of the caregivers, to assist in managing elderly patients’ care. Because some testers evaluated more than one category of apps, usability was analyzed based on 10 interviews each for depression and diabetes, and on nine interviews for caregiving apps.

The tested apps were designed to help individuals monitor a variety of factors. The diabetes apps, for example, enable patients to input information such as their glucose levels to determine if the levels were normal or if intervention was needed, or to track their food intake and fitness activity to see how those activities affect their blood sugar level.

Many participants experienced frustration when trying to access app features, something that didn’t surprise one of the interviewers.

“I consider myself a pretty tech-savvy guy,” said Gato Gourley, the study’s project coordinator. “But I had trouble using several of these apps as well – they just weren’t very intuitive.”

In almost all cases, the participants were unable to get to a point where they were productively using any of the applications. For example, participants were only able to complete 51 percent of data-entry tasks across all apps. Even more concerning, participants could successfully retrieve data from the same apps less than half the time (43 percent).

Participants were unable to complete these in-app tasks despite the fact that most had expressed interest in using mobile applications to manage their health concerns.

With the advent of electronic medical records and other efforts to create a more personalized approach to health care, Sarkar believes that the time is ripe for developers to create new apps that can move the needle even further.

“We have such a great opportunity now for patients to use mobile technology to interact with their medical providers and to become more involved in their own care – which we know results in improved health outcomes,” Sarkar said. “Nowhere is this more important than for vulnerable populations who often suffer disproportionately from a multitude of chronic, serious conditions. If we can give them the tools to manage their health between medical visits, the benefits could be tremendous.”

In addition to Sarkar and Gourley, the study was co-authored by UCSF researchers Courtney Lyles, PhD, assistant professor of medicine; Lina Tieu, MPH; and Cassidy Clarity. Additional co-authors were Lisa Newmark of Partners HealthCare; Karandeep Singh, MD, MMSc, of the University of Michigan Medical School; and David Bates, MD, MSc, professor of medicine at Harvard Medical School, and senior vice president and chief innovative officer at Brigham and Women’s Hospital in Boston. The study was funded by the Commonwealth Fund, as well as a career development award to Lyles from the Department of Health and Human Services Agency for Healthcare Research and Quality.

The new work suggests that app developers might gain a new customer base by involving target patient populations in the apps’ design. When asked if she would make use of health apps if she knew how, one study participant said, “Absolutely. I wouldn’t have to wait for somebody else to tell me about me.”

UCSF is a leading university dedicated to promoting health worldwide through advanced biomedical research, graduate-level education in the life sciences and health professions, and excellence in patient care. It includes top-ranked graduate schools of dentistry, medicine, nursing and pharmacy; a graduate division with nationally renowned programs in basic, biomedical, translational and population sciences; and a preeminent biomedical research enterprise. It also includes UCSF Health, which comprises top-ranked hospitals, UCSF Medical Center and UCSF Benioff Children’s Hospitals in San Francisco and Oakland – and other partner and affiliated hospitals and healthcare providers throughout the Bay Area.