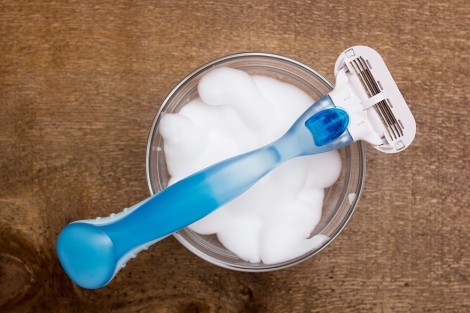 More women these days are grooming their pubic hair, especially younger women, but the practice poses some risks, most often related to shaving injuries.

New research by UC San Francisco into the intimate grooming practices of women in the United States found that tidying of pubic hair is an increasingly prevalent trend, especially among younger, white and more educated women. A total of 3,316 women, ages 18-65, participated in the study, and nearly 84 percent reported that they groomed.

“This novel data source reflects just how prevalent is the practice of personal grooming,” said senior author Benjamin Breyer, MD, an associate professor in the UCSF Department of Urology and of Epidemiology and Biostatistics. “We believe grooming practices are also associated with personal injury and potentially sexually transmitted infection. We’re analyzing these associations in the hope of finding risk factors that can be modified such as instrument use.”

The study, believed to be the first to focus on the trend in a nationally representative sample, was unique in assessing the role of the partner in grooming: a woman was far more likely to groom based on her partner’s preference, the researchers found. Additionally, the researchers learned that women groom for social events, including sex and vacations, but also when visiting a health care professional.

“Our study is important for health care professionals because grooming behaviors reflect cultural norms and it shows that women have diverse motivations that are not universal,” Breyer said.

The study was published June 29 in JAMA Dermatology.

Breyer’s previous research has shown that waxing, shaving or clipping pubic hair can raise the risk of genitourinary injuries, the most common being lacerations, with some resulting in emergency department visits.

“The prevalence of pubic hair grooming in women is substantial in the 21st century,” said lead author Tami Rowen, MD, a UCSF assistant professor in the Department of Obstetrics, Gynecology and Reproductive Sciences and a faculty member at the UCSF National Center of Excellence in Women’s Health.

“What is most apparent from the study is that women are grooming based on numerous external pressures that have likely increased over the last decade,” she said.

The researchers found striking demographic differences in the study, which was conducted in January 2013. Younger women are more likely to groom, especially compared to women above age 55. Also, women with some college education or a bachelor’s degree were more likely to groom. Race was also associated with grooming: compared to white women, all other racial groups reported less grooming.

The researchers found no association between grooming and income or where groomers lived. Women who were widowed, separated or single were less likely to groom, but there was no difference in the percentage of married women who reported grooming.

The study was supported in part by the National Institutes of Health grant K12 DK083021. Shindel reported being an employee of Genomic Health.