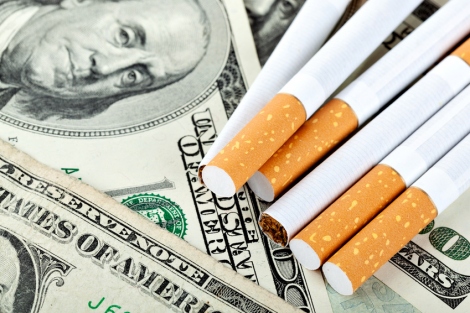 When smoking drops, health care costs plummet the next year. A new national analysis by UC San Francisco of health care expenditures associated with smoking estimates that a 10 percent decline in smoking in the U.S. would be followed a year later by an estimated $63 billion reduction in total national health care costs.

The study examined the year-to-year relationship between changes in smoking and changes in medical costs for the entire country, taking into account differences between states as well as historical trends in smoking behavior, economic conditions, demographics, and health care expenditures.

The study provides strong evidence that reducing the prevalence of smoking and cigarette consumption per smoker is followed rapidly by lower health care expenditures – and the savings continue to grow in the short run.

The study is published May 10 in PLOS Medicine.

Looking at Both Short- and Long-Term Cost Impact

Reducing smoking in California and Arizona has already been shown to be associated with reduced per capita health care expenditures. The new study extends that analysis to all 50 states and the District of Columbia for the years 1992 through 2009.

The estimates reflect all the health care expenditures associated with smoking that arise in a population over both the short- and long-term, including indirect effects on smokers, as well as effects of second- and third-hand smoking exposure in non-smokers.

“These findings show that state and national policies that reduce smoking not only will improve health, but can be a key part of health care cost containment even in the short run,” said co-author Stanton A. Glantz, PhD, UCSF professor of medicine and director of the UCSF Center for Tobacco Control Research and Education.

Smoking has been found to cause a wide range of illnesses, including cancer, cardiovascular and pulmonary disease, and complications of pregnancy.

Other than cancer, the risks for these diseases begin to change quickly after changes in smoking behavior. For example, the risk of heart attack and stroke drop by approximately half in the first year after the smoker quits, and the risk of having a low-birth-weight infant due to smoking almost entirely disappears if a pregnant woman quits smoking during the first trimester.

Studies have already shown that reductions in smoking behavior have substantial immediate and long-term health benefits that reduce per capita health care expenditures, starting with reductions in cardiovascular disease, particularly heart attack, stroke and respiratory disease. While there have been estimates of the medical costs of smoking both nationally and statewide, the estimates have not captured the short-term (after just one year) changes in health care expenditure over time that are associated with changes in smoking behavior.

Only Utah had more savings per capita than California ($465 vs $416 per capita); Kentucky had the highest excess spending per capita ($399).

In using state aggregated data, the researchers controlled as much as possible for the effects of variables such as demographic factors and health risk behaviors, including alcohol use and obesity. The comparisons are adjusted for regional differences and factors such as variations in state cigarette tax rates.

The study’s estimates focus on forecasting changes in health care expenditures attributable to changes in smoking behavior over time, given the history of smoking behavior and tobacco control program activity in the U.S. The research aims to provide a practical tool for forecasting the short- and medium-term effects on health care expenditure arising from feasible changes in smoking that can be expected to occur due to tobacco control efforts, in contrast to other published research that estimates, for example, the eventual long-term change in annual health expenditure if the population had never been exposed to cigarette smoking.

The research was funded by National Cancer Institute grant CA-61021, in part through an interagency agreement with the Centers for Disease Control and Prevention Office on Smoking and Health.